Polish employees protest being hostages of sanctions on Russia (VIDEO) 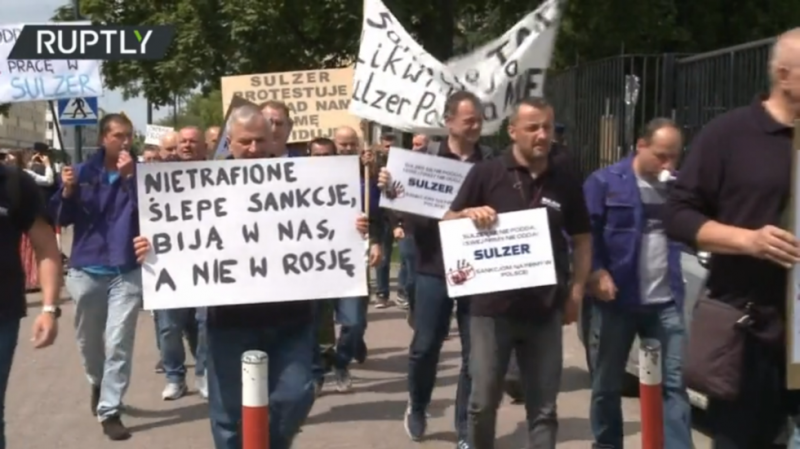 Dozens of Polish employees took to the streets on Friday to protest the government’s decision to suspend the activities of Sulzer Turbo Services due to its ties with Russian billionaire Viktor Vekselberg.

According to Polish media, around 160 people lost their source of income overnight due to sanctions imposed on a minority shareholder of the company. The demonstration took place in front of the Ministry of the Interior in Warsaw. The protesters were heard chanting “Sanctions for Russians, not for Poles.”

Vekselberg’s Renova Group controls Tiwel Holding AG which, as of May 2018, held a total of 48.82% in the Swiss industrial engineering company.

At the end of April, Prime Minister Mateusz Morawiecki’s government introduced sanctions on 35 organizations and 15 individuals from Russia and Belarus, including Vekselberg for his alleged “close ties with Russian President Vladimir Putin and former President Dmitry Medvedev.”

Assets in Poland related to these organizations and individuals were subsequently frozen. Following the suspension of all bank accounts, two Polish branches of Sulzer Turbo Services – in Lublin and Warsaw – have been unable to pay employees, settle obligations, or fulfill contracts.

“The Polish sanctions apply to Sulzer’s minority shareholder, Viktor Vekselberg, and have been expanded over Sulzer’s two Polish entities, even though Mr. Vekselberg has no control or ownership of any Sulzer entity and is deprived of all his economic rights at Sulzer,” the company said in a statement last month, announcing the suspension of activities.

Sulzer noted that it is not sanctioned in any other countries, it is “able to continue to develop its business globally.”

In a press release sent to members of the media, the company said it had “clearly expressed its position on Russia’s aggression against Ukraine” by donating over 1.4 million zlotys ($327,000) to help refugees in Poland. 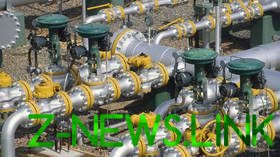 “The last payment was sent to our accounts on April 10, and since then we have been destitute. Meanwhile, people have taken loans from banks, they have to pay back installments, pay for nurseries and kindergartens. After all, we have to live off something,” one of the company’s employees who took part in the protest on Friday told Gazeta Wyborcza.

Protesters complain that both the Polish government and the US- and Switzerland-based Sulzer owners cut themselves off from these problems “for political reasons.”

“They left us to ourselves,” they said.

The looming economic, food, and energy crisis sparked by the Russian military offensive in Ukraine and the sanctions imposed on Moscow by the West have already prompted mass protests in several countries, including Spain, Iran, Morocco, and others.