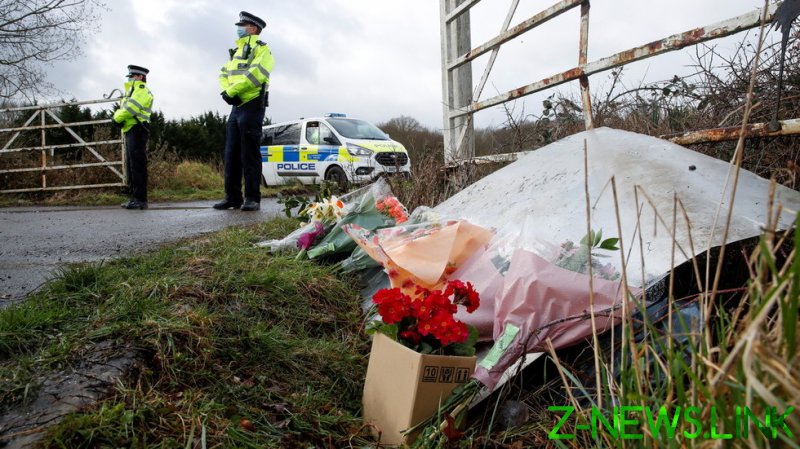 The officer, who served in the Met’s Parliamentary and Diplomatic Protection command, abducted Everard on March 3 as she walked home from a friend’s house in London, before raping and strangling her.

Following Couzens’ guilty plea, the Independent Office for Police Conduct (IOPC) said in a statement it had served 12 gross misconduct or misconduct notices to officers in relation to his actions.

Two Met officers are being investigated for misconduct over two allegations of indecent exposure linked to Couzens in London in February of this year.

The IOPC is also looking into “alleged Kent Police failures to investigate an indecent exposure incident linked to PC Couzens in Kent in 2015.”

Couzens lived in Kent, where he served in the Civil Nuclear Constabulary force before his diplomatic role.

Everard’s body was found in a bag near land owned by Couzens in a woodland area of the Kent town of Ashford.

Three officers have also been served gross misconduct notices after a probationary Met constable shared an “inappropriate graphic” with colleagues on social media.

The officer later manned a cordon at the scene of the search for Everard, the IOPC said.

Another notice for gross misconduct and a further six notices for misconduct were served to other officers who allegedly “breached standards of professional behaviour” by sharing details related to Couzens’ prosecution in private messages.

Nine conduct referrals related to Couzens were also made by the Met to the IOPC, which it asked to be investigated by local forces.

“Two of these were in relation to the kidnap, murder and rape of Sarah Everard and another concerned allegations of indecent exposure,” the IOPC said.