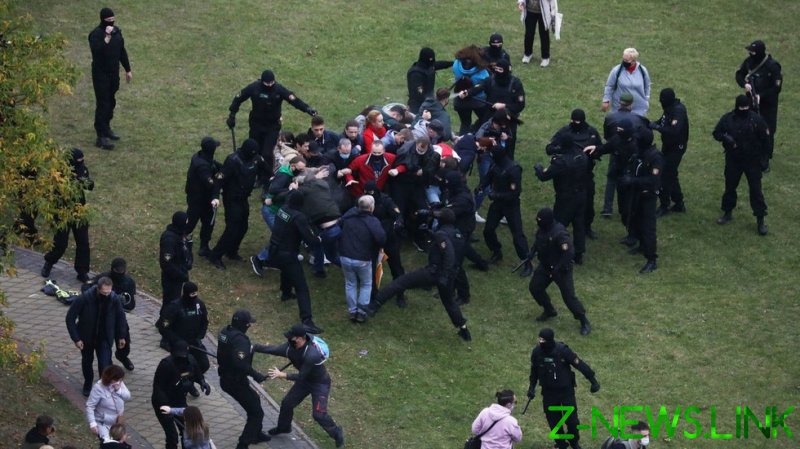 People were gathering in the country’s capital, Minsk, for a procession called ‘The March of Pride’, which was scheduled to kick off at 2pm local time. Police soon began detaining protesters, multiple news outlets reported, with some saying that pepper spray and stun grenades were used.

Other videos posted on social media showed water cannons being deployed against the protesters.

With protests taking place all across the country, the local journalists’ association said that over 20 reporters, including some from Russia, have been detained by police.

Separately, Russia’s TASS news agency said that four of its reporters were taken to the police station. Two of them were released after officers had verified their IDs, but they were later detained again.

Large-scale protests in Minsk and other cities across the country started after President Alexander Lukashenko was accused by the opposition of rigging the August 9 presidential election in order to secure a sixth term in office. Lukashenko’s chief opponent, Svetlana Tikhanovskaya, who currently resides in Lithuania, claimed that she actually received the majority of the vote.

Lukashenko insisted that the election results were accurate and claimed the protests were incited by foreign governments.

The protests were met with a heavy police response. Some of them have led to clashes, resulting in multiple arrests.