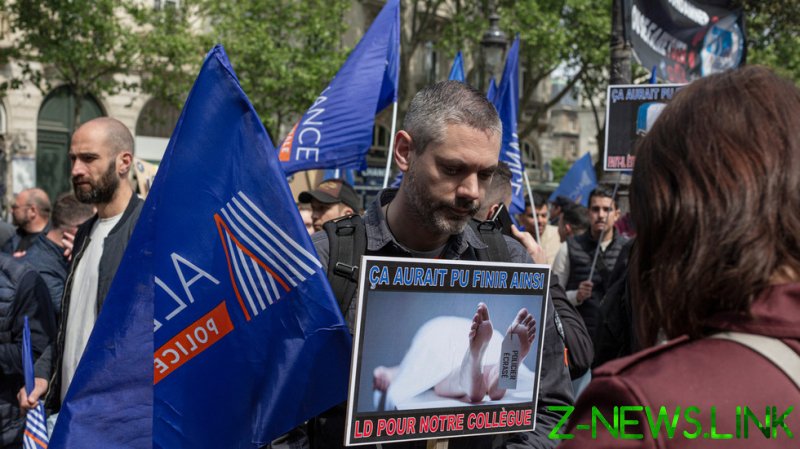 Hundreds of members of French police unions turned out for protests on Monday after one of their number was arrested over the shooting to death of two people in a car on the Pont-Neuf bridge in Paris on the election night of April 24. The three police unions, Alliance, Synergie, and Unsa-Police, declared the decision to arrest their colleague “inadmissible” and pledged to take to the streets to air their grievances across 40 cities, focusing their efforts on courts and police stations. 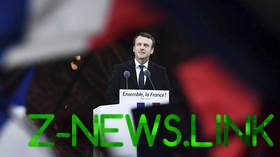 However, the largest gathering was set to take place on the Place Saint-Michel, close to the location of the shooting on the Pont-Neuf. Seemingly concerned that the government cannot be relied upon to back actions taken in the line of duty, the police are demanding the establishment of a “presumption of self-defense.”

On the fateful evening, the officer in question fired his rifle at the car on the bridge in central Paris when it failed to stop for a checkpoint. Two occupants of the car died at the scene and a third was injured. The officer claimed to have fired in self-defense. Local media coverage has not mentioned whether any of the occupants of the car were armed or otherwise posed a threat to the officer, and details around the case remain uncertain.

The 24-year-old officer was immediately taken in for questioning by the internal investigation agency. Prosecutors have suggested that it was likely he used excessive force. The police report confirmed the number of shots fired, with five or six bullets hitting the victims out of the 12 or so rounds fired, according to the news agency AFP. The officer has been charged with “deliberate homicide” of the driver of the vehicle, “deliberate violence by a person holding public authority resulting in death without intention of giving it” regarding the front-seat passenger, who was also killed, and “violence voluntarily aggregated by a person holding public authority” with regard to the back-seat passenger, who was injured but survived.

Not long after the cops took to the streets, counter-protesters joined the fray in some locations, denouncing police violence and accusing the officers of being murderers. Tensions between the authorities and the population have run high for years in France. Weeks of Yellow Vest protests gave way to demonstrations against Covid-19 restrictions and now anti-Macron election protests. Dozens were arrested on Sunday as well at May Day protests and demonstrations against Macron’s reelection.