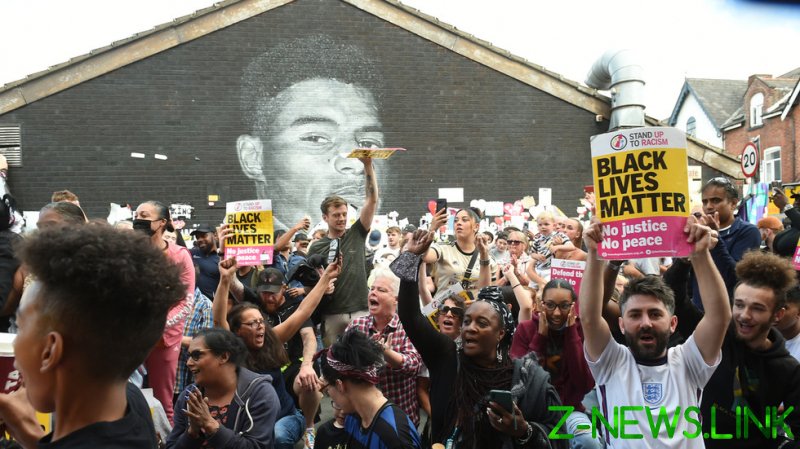 The large mural in Withington – a suburb of Manchester near Rashford’s hometown – was marred with insults and daubs of blue paint on Tuesday, just minutes after Rashford and two teammates missed crucial penalties in the final Euro 2020 match against Italy.

Though the three players, who are all black, were inundated with racist attacks online after the heartbreak loss, on Thursday police in Manchester said the mural incident is “not believed to be of a racial nature,” adding that officers are “keeping an open mind as to the motive.”

So far no arrests have been made in connection to the vandalism, with police continuing to review CCTV footage from the area. At least four were earlier brought into custody over online abuse directed at the England players, however.

The defacing of the mural prompted a sizable anti-racism demonstration earlier this week, where activists voiced support for Rashford and hoisted signs reading “Black lives matter” and “Stop racist attacks.” The vandalism itself was quickly covered, first by black square panels and later by a swarm of encouraging notes left by supporters. The installation has since been restored to its original state.

Rashford, a 23-year-old striker for Manchester United, posted a lengthy statement to Twitter following England’s defeat in the Euro final, saying the incident in Withington had him “on the verge of tears.”

“I can take critique of my performance all day long,” he added, “but I will never apologise for who I am and where I came from.”