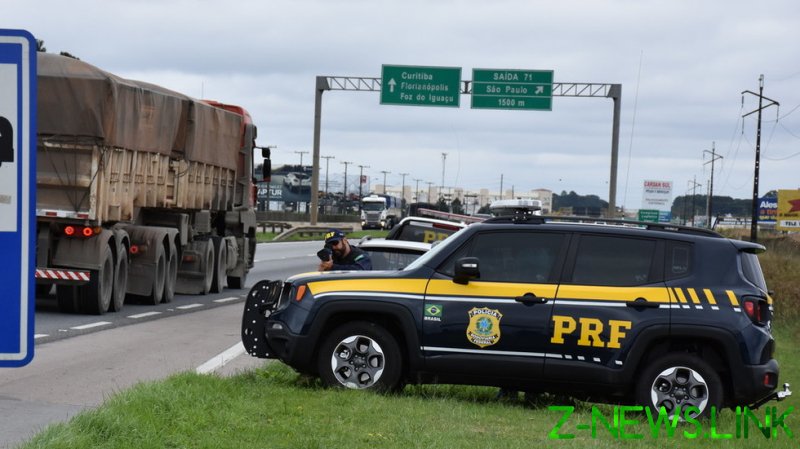 Protests broke out in the Brazilian city of Umbauba on Thursday following the death of a man in police custody. Video footage purportedly shows police pushing the man into the trunk of a vehicle and filling it with gas, before he appears to stop moving. The cops say he “fell ill” and died on the way to the police station.

A series of graphic video clips shared on social media show two federal highway police officers attempting to restrain Santos, followed by the officers pushing the man into the trunk of their SUV. A final clip shows the officers holding the trunk closed as it fills with a thick white smoke or gas. The man’s legs, seen protruding from the trunk, stop moving after around a minute. 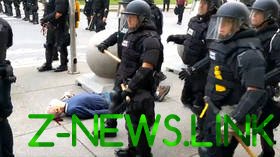 An autopsy report on Thursday confirmed that Santos died of asphyxiation and acute respiratory failure, Globo TV reported. The autopsy did not directly blame the officers for killing Santos.

According to the federal highway police, Santos “actively resisted” the officers, prompting them to use “immobilization techniques” on him. The police said that the man then “fell ill” on the way back to the police station and later died in the hospital. An internal investigation has been opened into the incident.

Santos’ family, however, said that the deceased suffered from schizophrenia, and became agitated at a traffic stop. Santos’ nephew said he attempted to inform the officers that his uncle was mentally ill, but the police used pepper spray and physical force regardless. It is unclear why the man, who was riding a motorcycle, was stopped in the first place.

“It was a torture session,” Santos’ nephew told local media, describing the public nature of the incident “as if [the police] were mocking the entire population.”

The death of Santos, who is black, has been compared by activists to the death of George Floyd in the US city of Minneapolis in May 2020. Floyd’s death, for which a Minneapolis police officer was convicted of murder, took place two years to the day before Santos’ and set off a summer of sometimes violent ‘Black Lives Matter’ protests in the US. 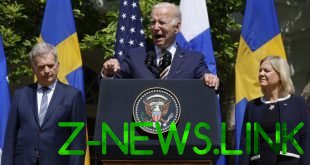