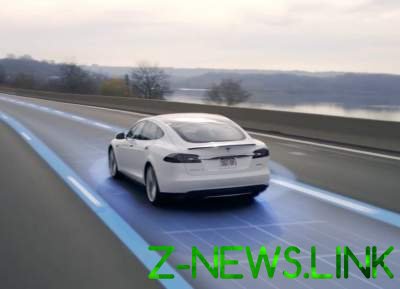 The drunk man asleep at the wheel while driving.

Elon Musk, CEO of Tesla, has repeatedly claimed that his electric cars the most progressive of the existing autopilot. Apparently, one of the cars model range Tesla Model S decided to prove it on the streets of the American town of Palo Alto.

The police of the state of California for the County of San Francisco stated that they had to chase a white Tesla Model S for 11 miles, as the car was hidden from them, while in autopilot mode. The driver slept behind the wheel while drunk.

The police say that did not realize the fact that the machine is not controlled by anyone. All 11 of kilometers of chase, the police could not find a way to stop a car that did not respond to requirements and moved with a speed of 110 km/h When this car perfectly maneuvered and accelerated when the cops dangerously close to him, threatening the safety of the driver as it is interpreted by the navigation system of the Tesla.

Stop the intruder failed after 7 minutes the dangerous chase. The police decided to overtake the car, then gradually reduced the speed that repeated and programmed on autopilot Tesla.

See also:  Drunk Russians "mined" the house of his girlfriend

Despite such an impressive demonstration of the capabilities of the unmanned control system of the Tesla Model S, the driver named Alexander Samek, will be punished for drunken driving and violating several points of traffic regulations of the state of California, as the laws of the state of the driver is responsible even when the autopilot is in the car.