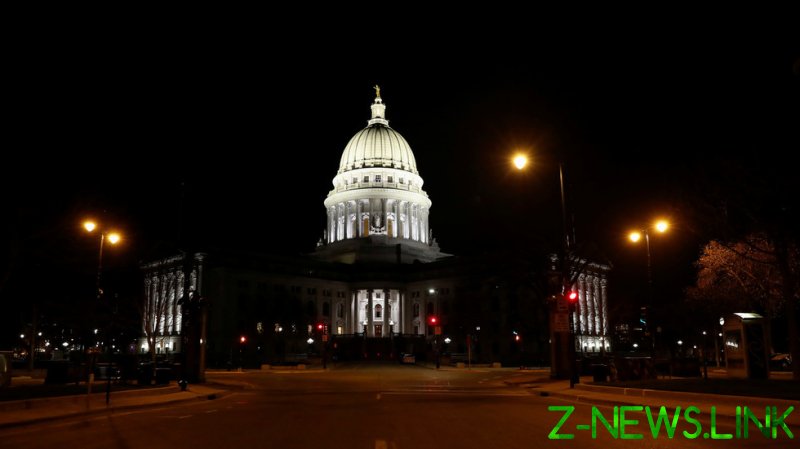 Bernstein, 18, had claimed that four white men sprayed her with lighter fluid through the open window of her car as she sat at a red light in downtown Madison, then threw a flaming lighter at her while yelling racial slurs. She suffered burns on her neck and face and had them treated at a local hospital.

Her case had attracted national attention, with federal and state investigators joining local police in probing it as a hate crime. Bernstein called for Americans to “support black lives” in response.

On Friday, however, the US attorney’s office in Madison announced the investigation was closing without any charges being filed, after investigators found no evidence that the attack actually took place.

Madison Police Department detectives were unable to “locate evidence consistent with what was reported,” acting chief Vic Wahl said in a statement. The department released a 150-page report into the investigation, showing that Bernstein’s car had indeed stopped at a red light, but there was no one else near it. She was in the right lane of the street, not the left as she told investigators, and her window had been closed.

Nor was she in downtown Madison, but Middleton – a suburb about 15 minutes away, according to both traffic cameras and GPS data from her cell phone.

An arson dog found no traces of a lighter or other incendiary device in her car, which was not damaged. Bernstein’s clothes did have traces of lighter fluid, and her medical records did show she was treated for burns that night. Absent any alternative explanation from Bernstein, the authorities decided to close the case without charging anyone.

“Althea Bernstein and her family appreciate the detailed investigative efforts by all involved in this case,” said a statement released through the Madison police. “Althea’s injuries are healing and the support of our community has been invaluable in that regard. We continue to maintain our family privacy and will not be granting interviews at this time.”

During the night Bernstein alleged she had been attacked, rioters protesting the arrest of an African-American man toppled several statues in downtown Madison – including the one of a Norwegian immigrant who died fighting against the Confederacy during the Civil war.

State Senator Tim Carpenter, a Democrat, was punched and kicked when he tried to take a photo of the protest. Rioters also vandalized cars, smashed storefronts, and set fire to several buildings.

On the same day Bernstein made her allegation, NASCAR driver Bubba Wallace insisted to CNN that a pull rope on the door of his garage was indeed a noose. A team of 15 FBI agents sent to Talladega Raceway in Alabama had concluded that the garage-door opening mechanism was not in fact a hate crime, after someone from the African-American driver’s entourage made the allegation.

While neither Bernstein nor Wallace faced legal repercussions for their claims, actor Jussie Smollett has not been so lucky. He has been charged by special prosecutors with six counts of making a false police report, over the February 2019 claim that he was a victim of a racist attack in Chicago. Two ethnic Nigerians later told the police they were paid to stage the incident, involving bleach, a rope, and hats with ‘Make America Great Again’ slogan used by President Donald Trump.