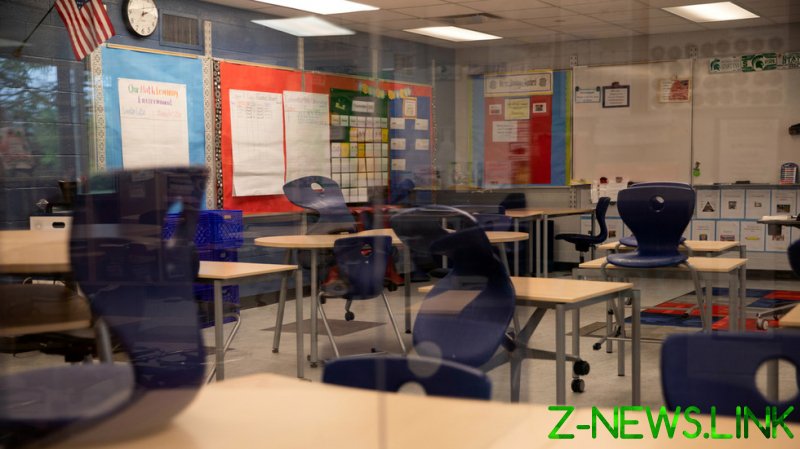 The explosion took place inside a classroom, shortly after lessons began at Newaygo High School at around 9am on Monday local time. The blast injured at least five people, including a 16-year-old student, who is believed to have brought the device to school in the first place.

While police have yet to identify the material of which the “homemade explosive device” was made, local media reported that it was not a firework, citing officers.

The explosion triggered a full evacuation of the school, and saw police briefly place all schools in the district on lockdown. The 16-year-old was taken to hospital with severe injuries, while four of his classmates and a teacher had to be treated for mild injuries.

It’s unclear what prompted the student to bring explosive to school in the first place, but police said the teen apparently did not mean to detonate the bomb in class.

“We don’t believe it was any kind of malicious intent on behalf of the student,” Michigan State Police Specialist Lieutenant Michelle Robinson told a press conference on Monday.

Newaygo Public Schools Superintendent Peg Mathis threw her weight behind the police’s preliminary findings, saying in a post on social media that the blast “was not somebody planting an explosive device in order to hurt our students” but was a result of “a serious lack of judgment.” The post has since been deleted.

There have been reports in local media, however, that the bomber was aware of what he was doing, but misjudged the size of the blast.

News 8 reported, citing investigators, that the student “didn’t understand how big the resulting explosion would be.”

In addition to the local police department and the Michigan State Police, the FBI and the Bureau of Alcohol, Tobacco, Firearms and Explosives are also involved in the investigation into the incident.