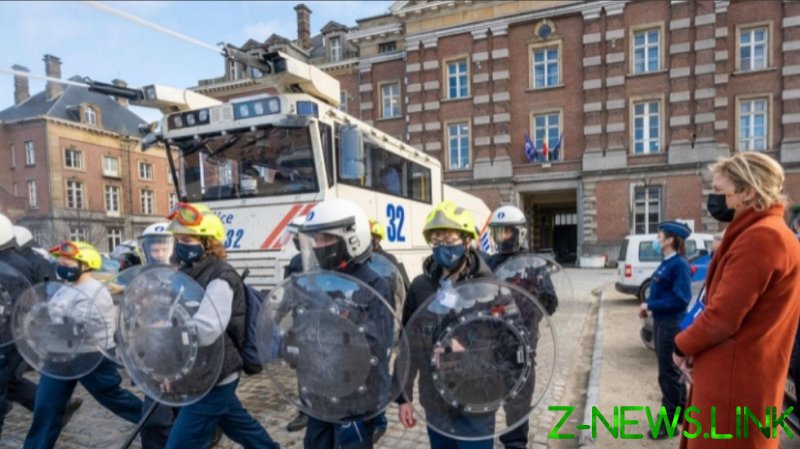 On Wednesday, Belgian police started an “immersive internship” for schoolchildren aged 14-18 to show them what the security forces’ work looks like from the inside.
The first day of the program saw the children visiting the stables and becoming acquainted with the mounted police officers and their horses. The children also saw a water cannon from the inside and were able to put on police gear – training in which it seemed the interns were preparing to tackle street protests.

The authorities announced the ‘Rookies’ program for young people in late 2021. Around 160 teens have applied for the course, but only 30 of them were eventually selected for the internship. There were 15 boys and 15 girls among the recruits from various parts of the country. 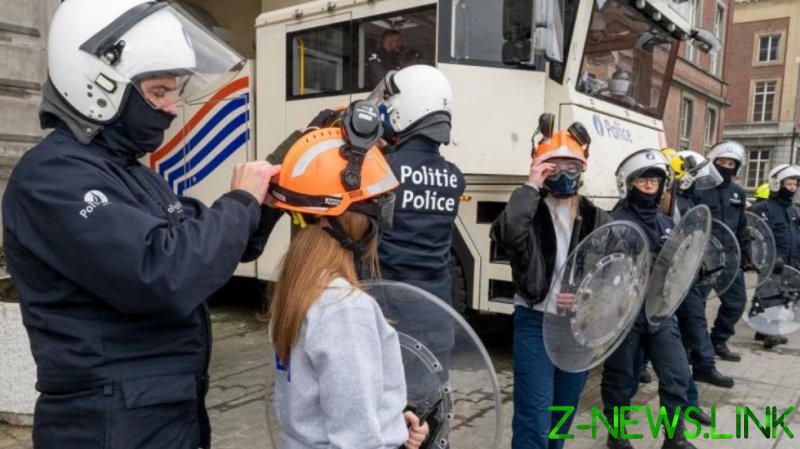 The teens were greeted by Belgium’s interior minister, Annelies Verlinden, who expressed hope that they will become “ambassadors for the police” in society, and that some of them will even apply to become police someday. 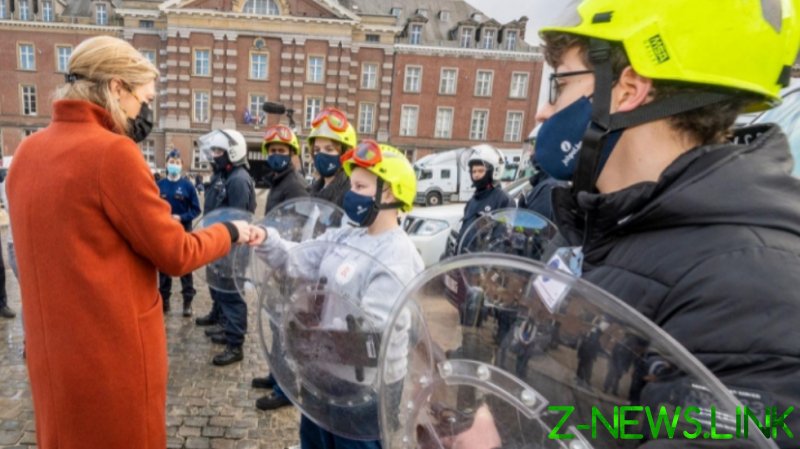 The enthusiasm and numerous questions asked by the Rookies showed that a “good relationship between young people and police is still possible,” Marc De Mesmaeker, the general commissioner of the Federal Police, said.

The program will continue until July 2022. The teens will become acquainted with a number of things, including the work of police laboratories, the K9 services, special forces, helicopter pilots, and cybercrime units.

In recent weeks, Belgium has witnessed massive protests against Covid restrictions. In the capital, police used tear gas and water cannons to disperse the crowds.