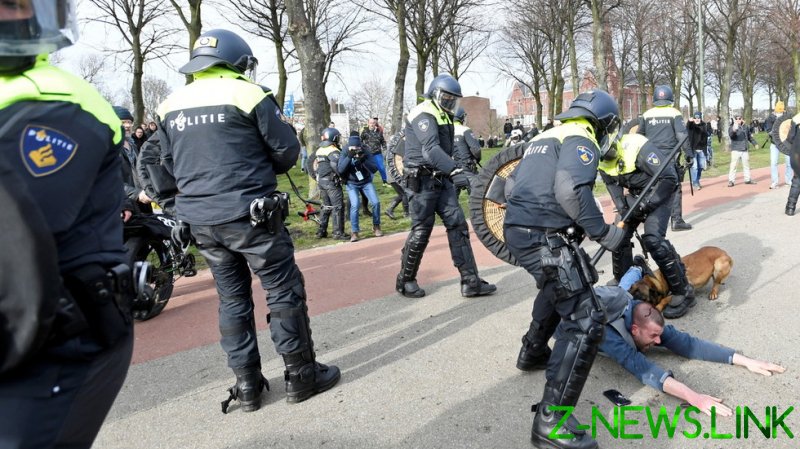 Hundreds of anti-government protesters gathered in The Hague on Sunday on the eve of the country’s general election, which is set to span over three days in order to avoid large crowds gathering at the voting stations as a precaution against the coronavirus.

The gathering was closely monitored by a massive police force which urged the protesters to disperse. While at first only minor scuffles between the officers and the protesters occurred, the police moved in en masse to muscle the crowd out about an hour into the event.

Police also deployed at least one water cannon, mounted units, and police dogs against the protesters, footage from the scene shows. At least one person was beaten by police and bitten by a dog before being led away by officers.

The Netherlands authorities have recently tightened the coronavirus restrictions, abandoning their original laissez-faire approach to the pandemic, as the spread of the virus accelerated. The restrictions have prompted a series of mass protests in recent weeks which have been met with a heavy police response.

The Netherlands, a nation of 17 million people, has registered more than 1.1 million cases of Covid-19 since the beginning of the pandemic. Around 16,000 people have succumbed to the disease.