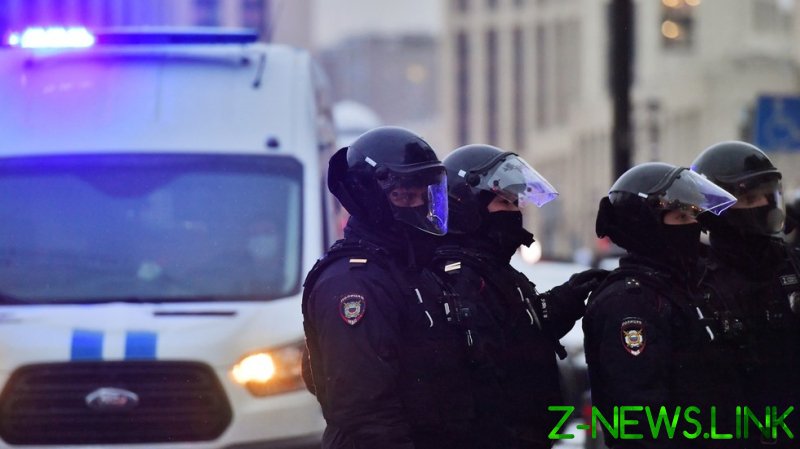 Several dozen officers reportedly entered the convention hall of the Izmailovo Hotel in eastern Moscow shortly after the event started, interrupting the opening speech by the former mayor of Yekaterinburg, Yevgeny Roizman.

Footage from the scene showed one of the officers announcing that the meeting was illegal due to being staged by a foreign NGO, the activities of which have been deemed ‘undesirable’ in Russia.

The organizer of the forum was listed as ‘Open St. Petersburg’, an affiliate of the ‘Open Russia’ organization, established by staunch critic of the Kremlin and exiled former oligarch Mikhail Khodorkovsky back in 2001.

Khodorkovsky used to be the CEO of oil giant Yukos and the wealthiest man in Russia in the early 2000s, but was sentenced for fraud and spent almost a decade behind bars. After being released from prison in 2013, he settled in London, vowing to work towards bringing change to Russia from abroad. In 2015, he was charged in the criminal case that was opened after the murder of Vladimir Petukhov – the elected mayor of the oil-rich Siberian city of Nefteyugansk, who came into conflict with Yukos stakeholders and managers and was killed on June 26, 1998 – Khodorkovsky’s birthday. The ex-oligarch has denied the accusations, calling them “insane.”

‘Open Russia’ was declared an undesirable organization in 2017 by the country’s regulator, Roskomnadzor, with ‘Open St Petersburg’ joining it on the list of foreign agents last year.

The officers arrested all of the participants in the Moscow event, placing them in two dozen police vans parked outside. The police allowed the activists to retrieve their outerwear from the cloakroom before taking them away.

Those detained included ‘Open Russia’ director Andrey Pivovarov, and such opposition figures as municipal deputies Ilya Yashin and Yulia Galyamina, as well as Vladimir Kara-Murza Jr., who has been consistently calling for sanctions against Russia at meetings with high-profile EU and US officials over the past years.

Pivovarov told journalists that he considered the actions of the police to be illegal and that the reasons for the arrests weren’t made clear to him, according to the Kommersant newspaper.

The police said that around 200 people were arrested at the Izmailovo Hotel and delivered to several precincts in the city.

The event was held in violation of rules aimed at curbing the spread of Covid-19, with “a large part of the participants lacking means of individual protection,” they said, adding that members of an undesirable organization were also detected among those at the summit.