Police clash with ‘Neither Macron, nor Le Pen’ protesters (VIDEOS) 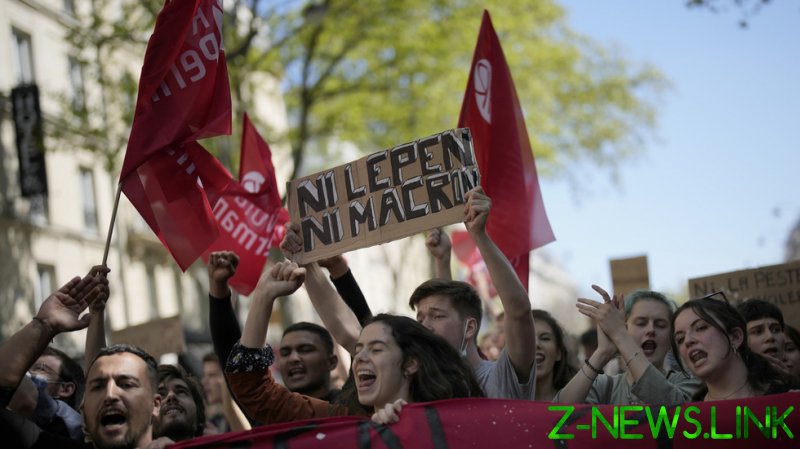 French police used tear gas during a brief clash with demonstrators in Paris who had taken to the streets to oppose both remaining candidates for the presidency: incumbent Emmanuel Macron and the National Rally’s Marine Le Pen.

Ahead of the second round of the election, which is scheduled for April 24, thousands of people took part in anti-fascist and anti-racist demonstrations in dozens of cities around the country, with the largest one unsurprisingly taking place in the capital. The main goal of the demonstrators was to show their opposition to Le Pen, who leftists consider a far-right politician. However, many of Le Pen’s opponents apparently do not relish the prospect of another term for Macron. In fact, one of the most popular slogans of the march was “Ni Macron, ni Le Pen” (“Neither Macron nor Le Pen”). 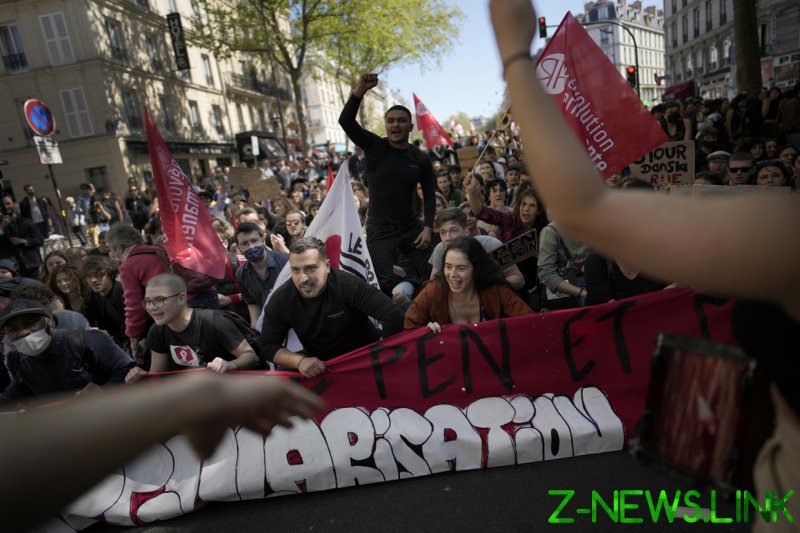 Though more than 30 organizations and unions took part in the demonstration, it gathered fewer than 10,000 people, according to figures provided by the Paris prefecture. This is a far cry from the size of the anti-Le Pen crowds that assembled between the two rounds of the previous presidential election in 2017.

At about 5 pm at the Place de la Republique square, law enforcement responded to protesters who were throwing projectiles and burning bicycles and waste by briefly dispersing tear gas. Soon after the incident the march resumed.

Le Pen, speaking to reporters in southern France, commented on the demonstrations against her, saying that “protesting against election results is deeply undemocratic.”

“I say to all these people just go and vote. It’s as simple as that,” she said. 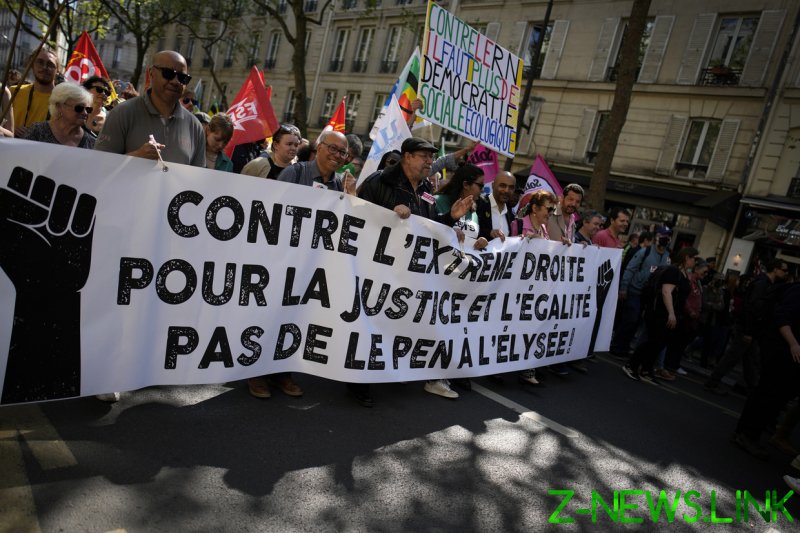 The ‘Neither Macron nor Le Pen’ protest was one of at least six demonstrations that took place in Paris on Saturday. There was also a separate demonstration against Macron’s policies, a march in support of Ukraine and two Yellow Vest protests: one against obligatory Covid-19 vaccinations and another one for “social, financial and climate justice.”

The presidency will be decided by a runoff between incumbent President Emmanuel Macron and Le Pen, who in the first round garnered a respective 27.6% and 23.41% of the vote. Polls have so far been pointing to Macron as the likely winner when the two go head to head on April 24.