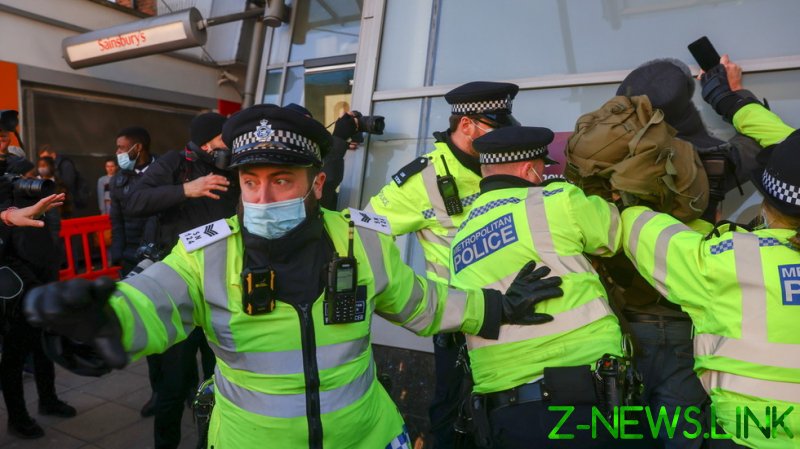 Speaking on Tuesday, Metropolitan Police Commissioner Dame Cressida Dick told LBC radio that she was “baffled” by the decision of government experts not to follow the lead of other countries who have elected to put their law enforcement officers at the front of the queue for inoculations.

“In many other countries, police officers and law enforcement colleagues are being prioritised and I want my officers to get the vaccination,” she said, adding that people in her age group would receive the jab before most frontline officers.

London’s police chief told LBC that she has been talking to the government for “many, many weeks,” emphasising that it was vital to “keep the police safe.”

“They are putting themselves at risk, they have been for the last year,” she added.

Dick said there had been 97 incidents where someone had mentioned Covid-19 before proceeding to cough at an officer. There were an additional 48 spitting attacks.

A total of 126 people have been charged, according to the police chief, with two-thirds receiving a custodial sentence.

The UK has already vaccinated more than four million people, with those over 80 and healthcare workers given priority. On Monday, people over the age of 70 started receiving the vaccine.