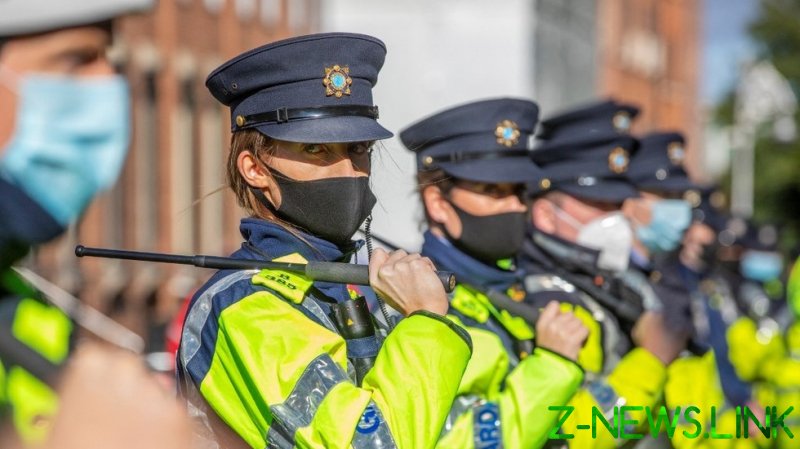 Ireland’s first national lockdown in 2020 was the longest in Europe, and the nationwide restrictions currently in place have been ranked the fourth-toughest in the world – and the toughest in Europe – by researchers at Oxford University. With the highest level of restrictions set to remain in place until early April at the earliest, hundreds of protesters gathered in Dublin on Saturday to protest the measures.

After symbolically assembling at the General Post Office, where Irish revolutionaries declared independence from Britain more than a century ago, the hundreds-strong crowd marched to St. Stephen’s Green, a park that had been closed by police in anticipation of the protest.

The demonstration devolved into violence along the way. Police officers blocking the route to the park were heckled and shouted at by the protesters. Video footage then showed one protester shooting a firework into an officer’s face at point-blank range.

Police responded with a baton charge directly into the crowd as more fireworks were launched. Those offenders who didn’t flee in time were clubbed to the ground, and “a number of arrests” were reported by Justice Minister Helen McEntee. RTÉ News later stated that 23 people were arrested and one police officer taken to hospital.

Officers were also pelted with beer cans and bottles as they attempted to hold the crowd back from St. Stephen’s Green.

The protest was condemned by McEntee as “mindless thuggery,” and by Tánaiste (Deputy Prime Minister) and former PM Leo Varadkar as undermining the “sacrifices that millions have made in the last 12 months.”

Though Ireland’s lockdown is more severe than measures taken in most European countries, protests have thus far been small and peaceful, with the exception of Saturday’s fracas and an earlier rumble in October. Austria, Denmark, and the Netherlands have all seen violent protests break out in recent weeks.