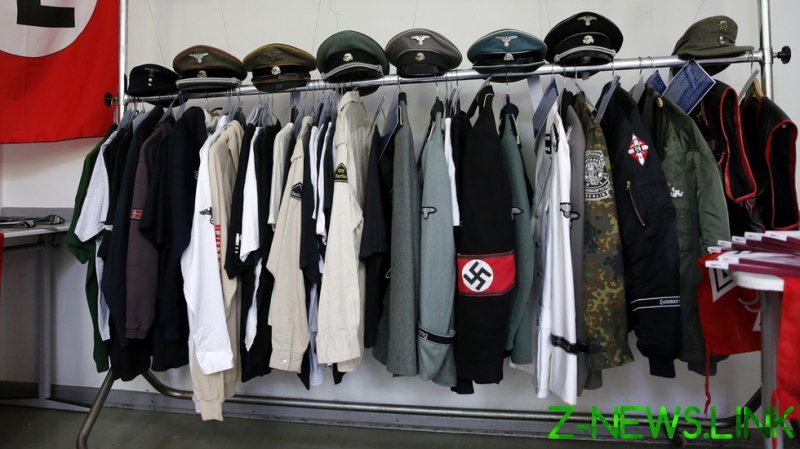 “Any apology for Nazism is unacceptable,” Duque stated in a tweet on Friday. The president said he condemned any references to those who were “responsible for the Jewish Holocaust that claimed the lives of more than 6 million people,” adding that “anti-Semitism has no place in the world.”

Duque had earlier made demands for “heads to roll” at an academy that “promotes such criminal practices,” with its director, Lieutenant Colonel Jorge Ferney Bayona Sanchez, already having been sacked.

Colombia’s defense ministry, which oversees the country’s police, also insisted in a statement that that its training programs “don’t envisage in any way an activity such as the one which took place” at the academy.

The images of police cadets in Nazi uniforms caused anger and bewilderment among internet users.

The German and Israeli embassies in the country reacted by issuing a joint statement, in which they expressed “total rejection of any form of apology or demonstration of Nazism.” The US embassy in Bogota also said that it was “shocked and deeply disappointed” by the development.

The controversial images, in which aspiring officers were caught sporting black SS outfits with red swastika armbands and grey Wehrmacht uniforms from the World War II era, weren’t revealed in some bombshell media report, but were actually published on the official Twitter account of the Colombian police this Thursday.

The photos were taken as part of a “cultural exchange” event at the police academy in the city of Tulua, aimed at commemorating Germany and “strengthening the knowledge of our police students.” The cosplay was apparently intended to illustrate the history of German law enforcement, with more cadets pictured wearing more modern versions of the country’s police uniforms in the pictures.