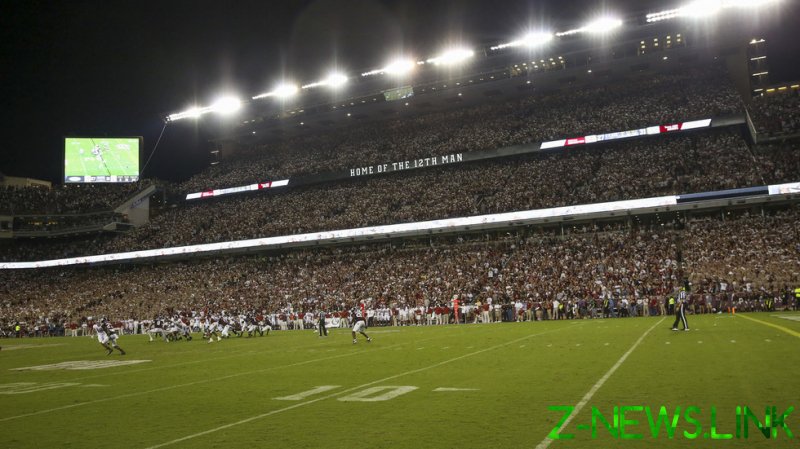 The incident kicked off during Texas A&M’s shock 41-38 win over top-ranked team Alabama, according to Bessemer Police.

A pair of men who had gathered to see the much-hyped showdown in a Birmingham, Alabama suburb began arguing over which was the better team, forcing the homeowner to ask them to vacate the premises, according to the New York Post.

“Once outside the residence, shots were fired,” cops added in a statement.

Up to 10 people who had been at the property to watch the game ran outside and found that 27-year-old Kealand Pickens had suffered several gunshot wounds to his torso, the report said.

The victim was reportedly rushed to a Birmingham hospital and later pronounced dead at around 03.20 AM in the early hours of Saturday morning.

The suspected shooter fled before police had been able to respond. “We have identified our shooter and we’re looking to arrest him soon,” Lieutenant Christian Clemons told the Post.

“It is rare. I’m trying to remember and I can’t remember a time when we had a death over a college football game.”

College football-associated violence has occurred in the past, but “nothing to this stature” has ever been witnessed in the area, Clemons insisted.

“This is another case of people resorting to violence in order to resolve their differences,” he said.

“There are better alternatives to solve your differences than resorting to violence.”