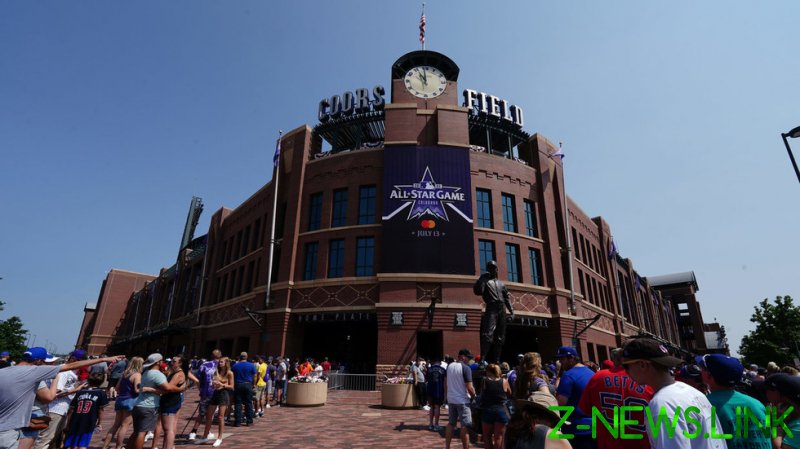 Denver police announced over the weekend that police had responded to a “suspicious occurrence” at the Maven Hotel, which is located less than a mile from Coors Field, where the Major League Baseball All-Star Game will take place on Tuesday.

Richard Platt, 42, Gabriel Rodriguez, 48, Ricardo Rodriguez, 44, and Kanoelehua Serikawa, 43, were subsequently arrested after 16 long guns, body armor, and over 1,000 rounds of ammunition were found stored in a room at the hotel. Officials feared the four were plotting a “Las-Vegas-style shooting,” according to multiple sources speaking with the Denver Post. That’s a reference to the 2017 shooting in Las Vegas, Nevada, which remains the deadliest in US history, with 60 killed and hundreds more injured. The victims were attending a music festival and were fired upon by a shooter in a nearby hotel.

One of the suspects arrested in Denver, who was not identified by name, had recently written on Facebook about going “out in a big way” after a divorce, sources told ABC7 Denver.

The original “suspicious occurrence” that prompted police to get search warrants was the discovery of firearms and ammunition in a hotel room by a housekeeper. The room reportedly had a balcony view of Denver’s downtown area.

Three of the four arrested in Denver are previous offenders and facing weapons possession charges. Two of those three, as well as the fourth individual, are facing charges of drug possession with intent to distribute, according to police.

On Sunday, police said their investigation is ongoing, but could not confirm further details about the group arrested or their alleged plans.