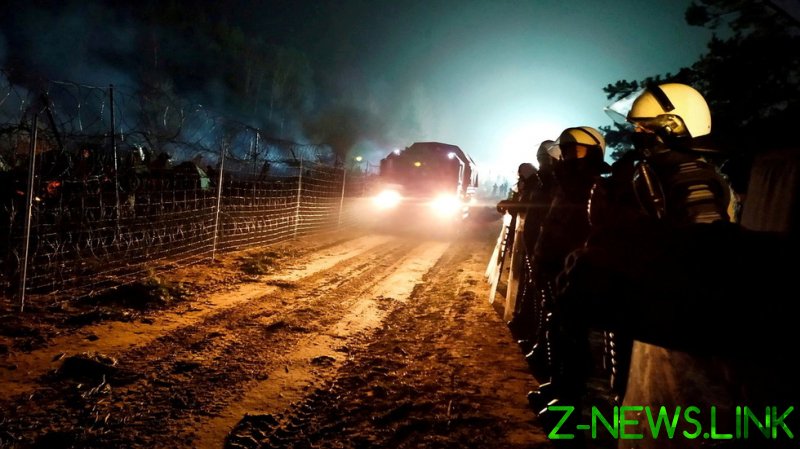 Warsaw’s refusal to provide access to a place that requires the attention of the press is “clearly violating European standards for media freedom,” said Ricardo Gutierrez, general secretary of the European Federation of Journalists. The arrest of RT France journalists “was an act of censorship by the Polish government,” he told the French branch of RT, adding that several Polish journalists had previously been subjected to the same treatment.

Poland banned the press from entering the border zone in early September. It deployed military police to the restricted area to prevent would-be asylum seekers from crossing into its territory from the Belarusian side.

Warsaw alleged the influx of migrants was masterminded by Minsk in retaliation for sanctions imposed on it by the EU. Belarus claimed the sanctions simply left it with fewer resources, and it had to prioritize more immediate threats like drug smuggling in border policing.

RT France reporter David Khalifa and cameraman Jordi Demory, both French nationals, were arrested on Monday after approaching the border from the Polish side near the town of Usnarz Gorny.

“Journalists are simply trying to do their job, which is to inform the public about what is happening in the border area,” Gutierrez said. He described Poland’s obfuscation as something “beyond comprehension.”

“When a nation like Poland declares an emergency, justifying it with security considerations, it leaves us in a sense unarmed. Our only weapon is our journalistic cause, which is reporting stories,” he added.

Similar concerns were expressed by France 2 journalist Dominique Pradalie, who is also a senior official at the Syndicat National des Journalistes, a major French union for media professionals. She said the freedom of the press should be respected everywhere, with very few exceptions where people’s lives may be at risk.

“Going where events are happening to understand them and report them to the public is our journalistic mission,” she told RT France.

She said Poland’s ban on media in the border zone was part of a larger trend of increasing curbs on media freedoms in the world, including in France. Too often reporters are “shown the door, as if they were criminals or enemies,” she lamented.