Poland will be punished for challenging EU law primacy, European leader warns, as Warsaw claims Brussels is devoid of democracy 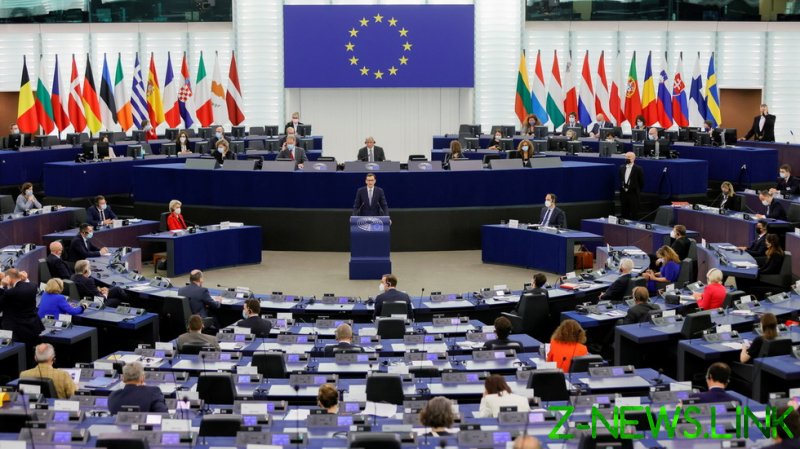 Speaking to the European Parliament in Strasbourg on Tuesday, European Commission President Ursula von der Leyen said there were three options available to the EU after Poland challenged the primacy of the bloc’s laws over its national law.

“This ruling calls into question the foundations of the European Union. It is a direct challenge to the unity of the European legal order,” she stated, adding that they were carefully considering their response after Poland’s Constitutional Tribunal ruled that parts of European law were incompatible with the Polish constitution.

Von der Leyen said the first option is so-called infringements, where a legal challenge brought by the EC could lead to fines. Secondly, Brussels could withhold access to EU funds from Poland. Thirdly, the EU could suspend certain rights of Poland in the bloc, including the right to vote, under Article 7 of the Treaty on European Union.

Polish Prime Minister Mateusz Morawiecki spoke to the house after von der Leyen. He defended his country’s move by stating that he was for “European universalism, but we say no to European centralism.” Some members of the parliament castigated the Polish leader after his speech.

Speaking earlier, Luxembourg’s Foreign Minister Jean Asselborn warned that the end of the rule of law would mean the end of Europe. “Europe will die from such a development… Europe has been built on democracy, liberty, respect – and the rule of law.”

German Europe Minister Michael Roth stated that there cannot be any compromise on the matter. “At the end of such a dialogue, there must be a clear avowal of what we all have committed to when we joined the European Union. There can be no special deals.”

On Monday, Poland’s prime minister warned that the EU was becoming a “centrally managed organism run by institutions deprived of democratic control.” Earlier this month, a Warsaw court ruled that areas of the EU treaties are incompatible with Poland’s laws and that national laws should take precedence, backing Morawiecki’s government.

Poland’s nationalist Law and Justice party and the EU have frequently clashed in recent years, including on the country’s self-declared LGBTQ-free zones and the inclusion of a link between the rule of law and access to EU funds in the post-pandemic recovery budget.

Warsaw has reiterated it wishes to stay in the EU.