Home / WORLD / Poland to expand US air base – Defense Minister

Poland to expand US air base – Defense Minister 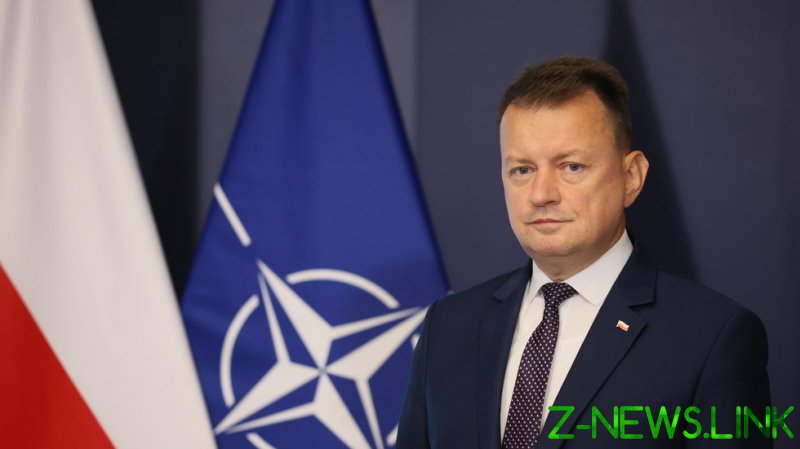 Poland will expand a military base hosting the US Combat Aviation Brigade in the coming years, the nation’s defense minister, Mariusz Blaszczak, announced on Monday during a visit to the facility. Located in the central Polish city of Powidz, the base is expected to strengthen the US Air Force operation capabilities in support of Polish and NATO forces in the region, he said.

The facility will get new hangars and warehouses as well as a bulk fuel storage facility nearby, the minister said, accompanied by US ambassador to Poland, Mark Brzezinski. The Powidz base hosts the US Apache strike helicopters.

Powidz “is turning into a military complex, preparing to support Polish and NATO forces on the eastern flank of the North Atlantic Alliance,” Blaszczak said amid unprecedented tensions between NATO and Russia over Moscow’s continued military offensive in Ukraine.

The base expansion comes as part of the 2020 Enhanced Defense Cooperation Agreement between Washington and Warsaw. The accord “creates conditions for a permanent, long-term presence of the US Armed Forces in Poland,” the Polish Defense Ministry said, adding that it would “strengthen” national security.

A total of 114 infrastructure projects at 11 locations are included into the agreement, which the ministry said will “enable the rapid development of additional combat capabilities in Central and Eastern Europe.”

According to Blaszczak, Warsaw also plans to build its own military potential by purchasing helicopters and tanks from the US. It is expected to receive Abrams tanks as early as next year. A purchase order for 96 attack helicopters has also been placed, according to the defense minister.

Last week, Us President Joe Biden said that the US forces that were “temporarily” deployed to Poland are likely to stay there for a “long time.” Warsaw previously asked Washington to permanently garrison troops in Poland, but that would technically violate a NATO treaty with Russia.

It is unknown how many US troops are currently in Poland, NATO’s main logistical hub for supporting the government in neighboring Ukraine. In May, the US ambassador in Warsaw revealed that over 12,600 American military personnel were in the country, the largest number in history.