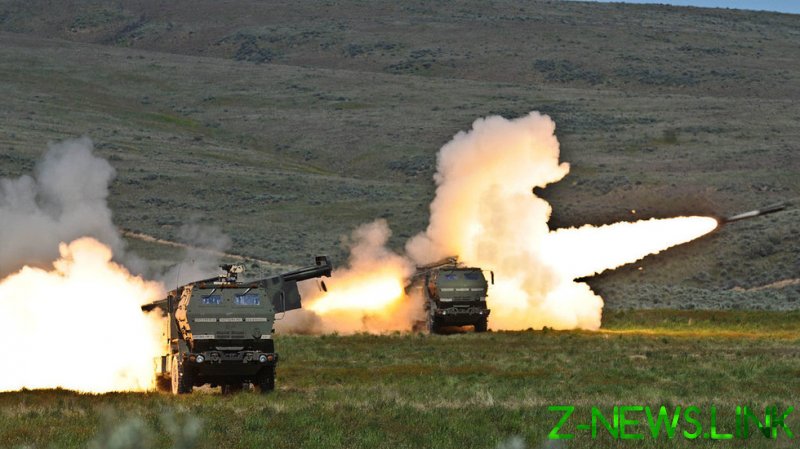 Polish Defense Minister Mariusz Blaszczak announced on Thursday that he had signed off on a request to buy “about 500” American-made M142 HIMARS rocket launchers. Since the outbreak of the conflict in Ukraine, Poland has looked to the US to modernize its military.

Blaszczak announced on Twitter that he had signed an LOR inquiry, which allied nations send to Washington to initiate weapons purchases. Blaszczak said he was requesting 500 M142 HIMARS Multiple-Launch Rocket System (MLRS) launchers, to be fitted to more than 80 of Poland’s domestically-produced HOMAR platforms.

Mounted on the back of a truck, a single HIMARS launcher can shoot six rockets at targets up to 300 kilometers away. A launcher and its associated ammunition costs $5.1 million, meaning Poland’s purchase may come with a price tag of more than $2.5 billion.

It is unclear whether Poland would send some of these systems to Ukraine. Warsaw has already donated an undisclosed number of Soviet-era tanks to Kiev’s forces, and as of last month had given Ukraine more than $1.6 billion in military aid, according to figures disclosed by Prime Minister Mateusz Morawiecki. Poland has also allowed arms shipments from other Western nations to cross its border with Ukraine, and has unsuccessfully attempted to have fighter jets delivered to the Ukrainian military via a US base in Germany.

Poland has been among the most eager supporters of the Ukrainian regime since Russia launched its military operation there in February, with Warsaw even calling for an armed NATO mission in Ukraine. However, Poland has also taken the opportunity to boost its own military capabilities.

Polish President Andrzej Duda signed a bill in March boosting the country’s defense spending from 2% of GDP in 2022 to 3% in 2023, while more than doubling the size of its armed forces. Morawiecki also declared last week that Poland was willing to host “permanent” NATO military bases, while Blaszczak announced earlier this week that the Polish military was looking to acquire six new Patriot anti-air batteries from the US, which cost around $1 billion per battery and $3 million per missile.