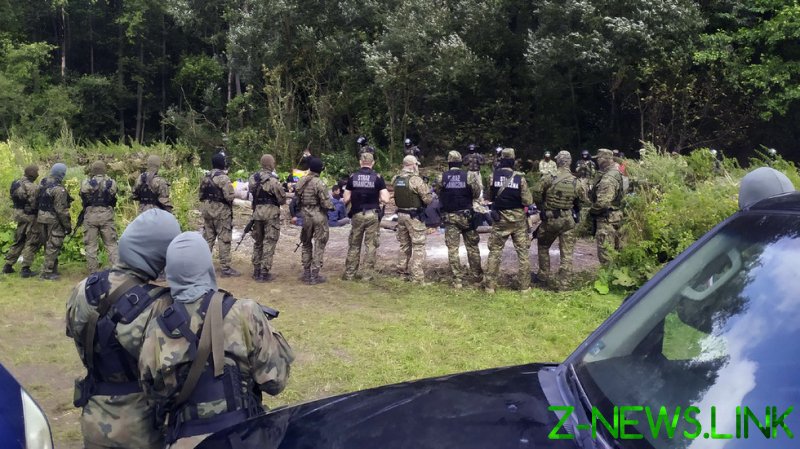 That’s according to London-based human rights NGO Amnesty International, which, on Thursday, slammed the government in Warsaw for what it called an “unlawful forced return.”

Through a digital investigation, Amnesty discovered that, on August 18, many of the Afghan migrants had crossed over to Poland and were surrounded by Polish border forces. A day later, they were back on the Belarusian side of the border.

The group remains trapped at the frontier.

“Amnesty International believes that this movement could constitute evidence of an unlawful pushback because it appears that the movement occurred as armed Polish border guards surrounded the refugees’ makeshift camp,” a report from the organization says.

According to EU law, Poland is obliged to ensure an individual assessment of all asylum claims.

“Poland has been cruelly holding this group of people on their border in horrendous conditions for weeks,” Eve Geddie, director of Amnesty International’s European Institutions Office, said on Thursday. “Our analysis shows irrefutably on August 18, their position shifted from Poland to Belarus overnight, which strongly suggests that they were victims of an unlawful pushback.”

The human rights group has called on Poland to grant access to those seeking its protection, demanding that it provides adequate shelter, food, water and sanitary facilities to the Afghans.

Last month, the European Court of Human Rights (ECHR) demanded that Poland, as well as Latvia, assist migrants coming over from Belarus. Thus far, Warsaw has ignored the order.

The migrant crisis on the border started earlier this summer, when Poland, Latvia, and Lithuania reported increased illegal migration, with foreign nationals attempting to cross into the European Union via Belarus.

It began after Belarusian President Alexander Lukashenko warned that his country would no longer make any effort to stop illegal immigration. The three EU countries have claimed that the government in Minsk has flown in migrants from abroad, and is shuttling them to the border as a form of warfare.