Home / WORLD / Poland does not accept being treated as ‘second class’, PM says after Warsaw rules its laws take superiority over Brussels’

Poland does not accept being treated as ‘second class’, PM says after Warsaw rules its laws take superiority over Brussels’ 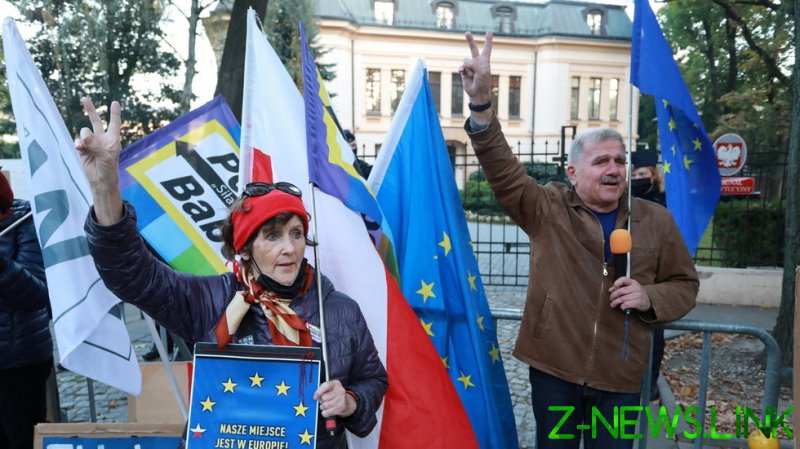 Taking to Facebook on Friday, Polish PM Mateusz Morawiecki praised the recent conclusion by the country’s Constitutional Tribunal, claiming it “confirmed what is literal” – that “constitutional law has superiority over other sources of law,” which he said many other EU member states have also realized.

He made it clear, however, that “Poland’s place is and will be in the European family of nations”.

The PM’s comments came after Thursday’s landmark verdict found Poland has the right to check the constitutionality of not only EU laws, but also rulings made by its Court of Justice.

The inquiry was requested by Morawiecki to check whether Brussels could stop Warsaw from reorganizing its judiciary. Critics, however, say such a move presents a hurdle for the full integration of European law, as well as Poland’s long-term future as a member in the 27-member bloc.

Speaking out on Friday, Luxembourg’s foreign minister, Jean Asselborn, sternly remarked that “this government in Poland is playing with fire.”

“The primacy of European law is essential for the integration of Europe and living together in Europe. If this principle is broken, Europe as we know it, as it has been built with the Rome treaties, will cease to exist,” he warned.

French European Affairs Minister Clement Beaune also hit out at the Polish court ruling during an interview with BFMTV on Friday, labeling it as an attack against the bloc and saying the move posed a “de facto risk of an exit from the European Union”.

Brussels and Warsaw have been gripped in a battle of conflicting values, ranging from the Central European country’s treatment of its LGBTQ population, women’s access to abortion, to media freedoms and court independence.