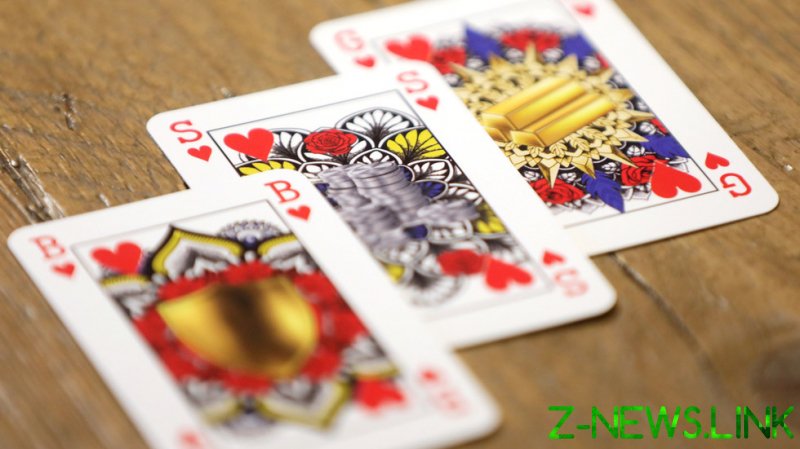 Stories by Reuters, the UK Daily Mail and other outlets detailed how Indy Mellink, a 23-year-old forensic psychology graduate, became troubled by the fact that the face cards in a standard deck give more value to a king than a queen. “Even subtle inequalities like this do play a big role,” she said.

In response, she designed a gender-neutral deck with the king, queen and jack replaced by gold, silver and bronze cards. Mellink has reportedly sold about 1,500 decks of the new GSB (gold, silver, bronze) cards.

The idea evoked mostly mockery on social media, including being memed for progressive conformity as “stunning and brave.” Self-described “radical intersectionalist poet” Titania McGrath – a parody Twitter persona – welcomed the new cards as a solution for how standard decks “normalize transphobia and patriarchal oppression.” She added: “Next we need to resolve the inherent white supremacy in Trivial Pursuit.”

The notion of cards being sexist was puzzling for some – after all, the most valuable card, an ace, is non-binary – while others, such as ITV host Piers Morgan, appeared to be ticked off.

“How bloody stupid,” one commenter said. “Just sod off with this crap. It’s ridiculous.”

Others noted the media’s simultaneous enthusiasm for the story. It came the same day that US President-elect Joe Biden chose a transgender woman as deputy health secretary, despite the mass Covid-19 casualties caused by her policies in Pennsylvania, and formed the first White House Gender Policy Council.

Some commenters at least found comic relief in the idea. “When I play cards, I always insist on the king being the lowest card and the queen the highest,” a Yorkshireman said. “I imagine jacks are eunuchs, therefore no action needed. Also, when I play poker, I refuse to include kings in my hand. Have lost a significant amount of money due to this, but worth it.”