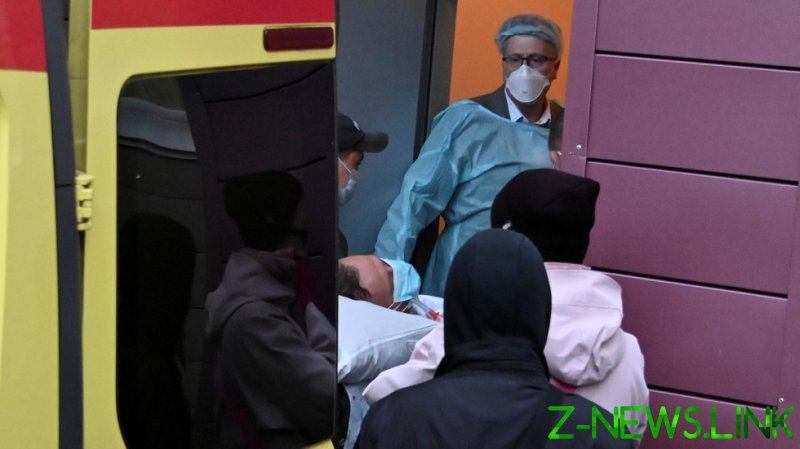 The ministry issued a statement on Tuesday evening, following a meeting between Russian Foreign Minister Sergey Lavrov and US Deputy Secretary of State Stephen Biegun, during which the subject of Navalny was raised, among other issues.

Lavrov pointed out the “suspicious haste” with which the narrative about Navalny’s alleged poisoning was picked up in Washington and Brussels and instantly compared to the “poisonings” of Alexander Litvinenko and the Skripals – which were blamed on Moscow before any investigations happened.

The ministry added that accusations of a ‘cover-up’ made against the Russian doctors who first treated Navalny were untrue.

“We consider deeply offensive the accusations of ‘covering up the truth’, directed from some Western capitals to the doctors in Omsk, who immediately rendered highly professional aid” to Navalny, the ministry said.

“They gave the patient’s complete medical history to the team of German doctors,” the statement continued. “We hope that the German doctors will show the same professional approach and will not allow the results of their laboratory tests to be used for politicized purposes.”

Navalny fell ill during a flight from Tomsk to Moscow on Thursday, and was taken to a hospital in the Siberian city of Omsk, where his condition was stabilized. He was airlifted to Germany on Saturday for further treatment, at the request of his wife and associates.

The European Union has already called for a “comprehensive investigation” of Navalny’s alleged poisoning. US Secretary of State Mike Pompeo seconded that on Tuesday, saying that “Navalny’s family and the Russian people deserve to see a full and transparent investigation carried out, and for those involved to be held accountable.”

Dmitry Peskov, spokesman for Russian President Vladimir Putin, told reporters the German doctors were “rushing” to use the term poisoning, and that an investigation was premature.

“There must be a reason for an investigation. At the moment, all you and I see is that the patient is in a coma,” Peskov told reporters. He added that any suggestions Putin was involved in Navalny’s condition were “hot air” and the Kremlin would not take them seriously.

Meanwhile, the security committee of the Russian parliament has begun an investigation into whether foreign governments were involved in harming Navalny’s health “in order to create tension within Russia, as well as formulate new accusations against our country,” according to its Speaker Vyacheslav Volodin.