Home / business / Pointless conversation is a sign of pseudocommunity 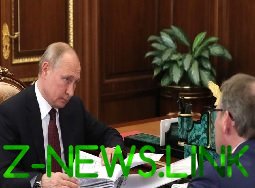 Business Ombudsman Titov calls the “not so good” statistics, according to which 80 percent of entrepreneurs believe doing business in Russia dangerous — despite the fact that the number of pessimists is constantly growing, and apparently will soon be close to 100 percent.

I wonder what the wording uses Titov, next time he will have to disappoint the President in such numbers? You may say that statistics are just “not good”, without softening the word “very” in the middle of this design.

However, in the translation of Tito on Russian language and today’s message is quite clear: if your name is not Rotenberg, Timchenko or not, that business in Russia engage in contraindicated, because the fall, or under pressure of the security forces or under the flywheel bureaucracy.

But the most remarkable thing in the history of the meetings between the Ombudsman and the President in how he responded to a report of the head of state. And the President said in response: what you said just now is unacceptable, it must be fought. In vain they started it — is public discussion of the problems of the Russian business climate. Uncomfortable for the Ombudsman, and embarrassing for his companion. Wrote telegram-channel “Master pen”

Reference :Pointless conversation– it is conversation, is ill-prepared, ill-conceived design offers a solution to the question (by either or both of them), hopeless, meaningless, abstract, pointless, empty. The pointlessness of the conversation indicates that this communication is not focused on results, and therefore inefficient and pointless. This is a conversation about nothing.

Russia ceased to be controlled.

Many hear about the so-called “manual control”, which, in fact, have almost none, because there is actually of management such as country. Without effective governance, the state can not be successful.

The success of the state depends on the quality of implementation of the main functions of the state, as
social shell created by society to maximize the common good, the degree of attainment of them set goals.

However, the fundamental value basis of the state goal-setting is the ability of the state to exist. A perishing, decaying state cannot be considered successful even if its elites were able to get large dividends as a result of successful market operations.

It is, in fact, what the Program offers slain.