‘Playing with our free speech’: Author of anti-Biden rap ‘Let’s go Brandon’ CENSORED by YouTube talks to RT after TOPPING US chart 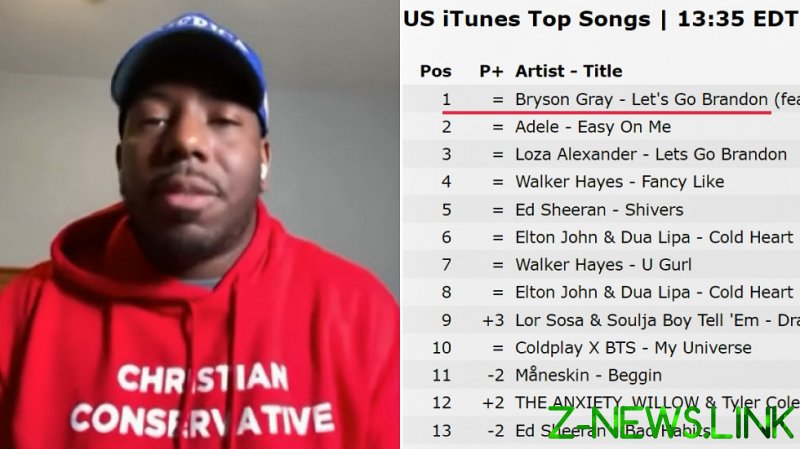 “I don’t even curse, and I’m the most censored rapper in the world. How is that possible?” Gray told RT on Monday, commenting on the fact that YouTube deleted his song. The Google-owned video platform claims his lyrics contain “medical misinformation” about the coronavirus pandemic. Gray calls it censorship.

Interestingly enough, Google searches for “iTunes charts” kept returning previews that started at second place, as if the first place did not exist.

There are currently three ‘Let’s Go Brandon’ songs in the US top 10, Gray pointed out – one at number three and the other at number ten – but only his has been banned. It’s the only one featuring no profanity.

“Why is the most censored rapper in the country someone that doesn’t even curse in songs?” Gray told Fox News over the weekend. “Why can you rap about murder, sex, and drugs but when I rap about questioning the government I get banned? Is this still America?”