Home / WORLD / Playing politics with vaccines, like the US pressuring Brazil not to use Sputnik V, made the world more unstable and cost lives

Playing politics with vaccines, like the US pressuring Brazil not to use Sputnik V, made the world more unstable and cost lives 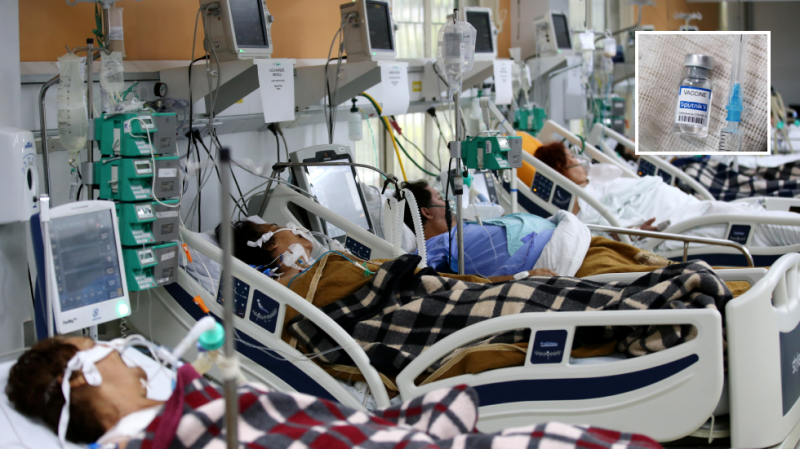 It was revealed in the annual report of the US Department of Health and Human Services that the US government worked towards convincing Brazil to reject Russia’s Sputnik V vaccine. The South American country has lost control over its Covid situation and been plunged into chaos, with more than 280,000 deaths, yet vaccinating the population with a Russian formula was deemed to be an unacceptable victory for Moscow.

When everything is propaganda

The conflict between the West and Russia has securitised everything. Under the concept of “hybrid warfare”, any influence emanating from Moscow is considered malign.

We are told that the beloved Russian kids’ cartoon ‘Masha and the Bear’ is a propaganda initiative by the Kremlin, cultural exchanges are a delivery system for Russian influence, and any positive image of the largest country in Europe is a calculated and nefarious effort to ‘normalise’ Russia and divide the West.

‘Propaganda’ used to be defined as deliberately biased or misleading information intended to advance a political cause. In the age of imagined ‘hybrid wars’, the concept is widened to include any information or behaviour that could give a positive image of Russia. Thus, ‘propaganda’ is turned on its head, as it entails reaching the wrong conclusion.

The West often attributes its own actions to Russia. Its obsession with Russian ‘propaganda’ is evidently a projection, as its arguments and facts about the country must be adapted to predetermined and simplistic conclusions of good versus evil. Its fixation on Russia attempting to divide the West is also a projection. Does Russia have a relationship with any country in the world that is not problematic to the US and must not be fought tooth and nail?

The threat of a favourable view of Russia

As was evident during the pandemic, accusations of Moscow having used propaganda to divide the West included its having lent medical support abroad only to create a favourable image of the nation.

The pandemic could have had one positive aspect. Faced with a common threat to humanity, the world could have shifted focus away from zero-sum rivalry and worked towards a common good. Instead, political-media elites have consistently cautioned against allowing the shared struggle to soften views on Russia.

These vested interests express their horror at the politicisation of the pandemic, while, in the same breath, broadcasting the great geopolitical significance of pandemic diplomacy. The New York Times informs us: “It is very much in America’s national interest not to cede a critical ‘soft power’ advantage to autocratic rivals like Russia or China. Poor countries will remember who came to their assistance, and when.”

In the early stages of the pandemic, scepticism was directed towards Moscow and Beijing for sending masks, protective gear, ventilators and medical teams to Italy. The Russians, we were told, were using assistance to their fellow Europeans as a propaganda initiative to create political goodwill and thus reduce support for anti-Russian sanctions.

Nathalie Tocci, director of the strongly pro-Atlanticist International Affairs think tank based in Rome, accused Russia of exploiting the slow EU response: “Russia needs a quick win … It does what Russia always does, which is seize low-hanging fruit”.

When Russia sent military virologists to assist Italy, retired general Vincenzo Camporini, the former chief of staff of the Italian armed forces argued: “It’s very unpleasant that our tragedy is being exploited for propaganda purposes.” That “propaganda” was seemingly aimed at giving the impression of Russian altruism to distract from Russia’s real intentions towards Europe.

The BBC was alarmed that the virologists had been dispatched from the Russian military, and reported on concerns “that a Russian military mission had been allowed to operate within 50km (30 miles) of a US military base in a NATO member state”.

Once vaccines were developed, Russia was accused of spreading anti-vaccination propaganda to weaken the West – although this accusation was supported by misinformation rather than evidence. Meanwhile, great efforts in the West were made to undermine trust in a Russian vaccine.

After the effectiveness and quality of Sputnik V had been scientifically established, the political concerns about the scientific win being used for propaganda purposes was enough reason to reject co-operation with Russia. Sputnik V is supposedly not a solution to the pandemic but an instrument for subverting the West.

Protecting the world from imagined Russian propaganda has also translated into slowing down the vaccination program in other states. The US’ efforts to convince Brazil to reject Sputnik V is hardly a unique instance. The president of the European Council, Charles Michel, expressed both geopolitical and ideological reasons for obstructing vaccination progammes: “We should not let ourselves be misled by China and Russia – both regimes with less desirable values than ours – as they organise highly limited but widely publicised operations to supply vaccines to others … Europe will not use vaccines for propaganda purposes.”

Russia is accused of attempting to divide the EU by exporting vaccines to its members at a time when frustration has grown over the EU’s own vaccination program. The Slovakian foreign minister, Ivan Korcok, believed it was necessary to identify the newly ordered vaccine as a Russian “hybrid war tool”. Hungary’s procurement of Sputnik V has been attributed to Prime Minister Victor Orban’s lack of commitment to liberal democracy. By contrast, the Lithuanian PM, Ingrida Šimonytė, expressed her allegiance to the West by reassuring it that her country’s citizens would not be administered the Russian vaccine even if it were to be approved by the European Medicines Agency.

Meanwhile, Ukraine imposed an outright ban on Sputnik V, irrespective of insufficient alternatives and having registered more than 28,000 deaths from the pandemic (officially, the real number is surely vastly higher). Meanwhile, Kiev’s Deputy Prime Minister, Oleksiy Reznikov, denounced Russia’s successful vaccination program in Crimea as “some kind of human trials with an unknown and uncertified vaccine”.

All this occurs at a time when Western governments are stepping up censorship to fight against anti-vaccination propaganda.

The pandemic has merely exposed how much the concept of ‘propaganda’ has been watered down. If Russia developed green technologies that provided a solution to global warming or discovered a cure for cancer, would that not also fall into the category of ‘propaganda’ in as much as it presents Russia in a favourable light? Could Moscow have contributed to resolving the pandemic in any ways that would not have been denounced as propaganda?

The sad conclusion we must come to is that the world failed to co-operate when it was faced with a common threat. Even worse, that shared challenge and the notion of uniting behind a cause was feared because it might soften the image of Russia and thus destabilise the ideological divisiveness on which Western power depends. The inability to co-operate when we are all in the same boat can only give rise to pessimism about the potential of future co-operative efforts.