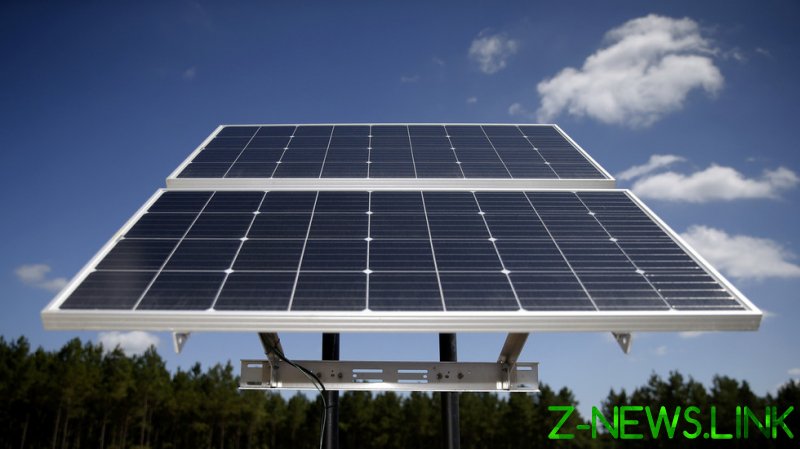 Frigid temperatures have shut down some of Texas’ wind turbines and solar panels, as well as natural gas infrastructure in the Lone Star state. As a result, millions of residents have been left in freezing conditions without power, resulting in numerous deaths.

Speaking with Fox News host Sean Hannity on Tuesday, Abbott suggested that the failure of so-called “sustainable” energy sources such as wind and solar were to blame for the catastrophe, taking direct aim at a series of radical energy reforms being proposed by Democrats.

“This shows how the Green New Deal would be a deadly deal for the United States of America. Texas is blessed with multiple sources of energy such as natural gas and nuclear, as well as solar and wind,” the governor said. “Our wind and our solar got shut down and they were collectively more than ten percent of our power grid. And that thrust Texas into this situation.”

The comment seems to contradict an earlier statement from Dan Woodfin, a senior director for the Electric Reliability Council of Texas, which operates the state’s power grid. According to Woodfin, the blackouts can be attributed to issues with “every kind of generating capacity,” but particularly natural gas, which has suffered from frozen infrastructure as well as problems related to pressure.

An analysis by Politifact concluded that, while wind farms have been crippled by the extreme weather, over 80 percent of Texas’ power shortfall was caused by malfunctioning coal-and-gas-fired plants.

Abbott’s politically charged remarks did not go unnoticed. New York Rep. Alexandria Ocasio-Cortez, one of the Democratic lawmakers who has championed renewable energy reform, tweeted that Texas’ woes show “what happens when you *don’t* pursue a Green New Deal.”

She suggested that Texas was governed by “climate deniers” and that the state’s current crisis is the result of “inaction.”

Others noted that Texas is a GOP stronghold, and that it makes little sense to blame the Democrats’ energy platform for the state’s problems.

There were also many Twitter users who found Abbott’s comments to be heartless. While millions of Texans struggle to keep warm, the governor found time to “go on Sean Hannity to blame the Green New Deal,”wrote Sawyer Hackett, an adviser to former Obama cabinet member Julian Castro.

But some encouraged both sides of the debate to resist the urge to point fingers.

“It doesn’t really matter what is to blame. The bottom line is that a few inches of snow and a couple degrees cooler temps crippled this nation,” wrote one fed-up observer.

The storm has knocked out power in several states and has claimed at least 20 lives across the country.