Player the Premier League refused to play in Russia 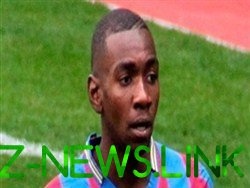 Midfielder “Everton” Congolese Yannick Bolasie rejected the offer of CSKA Moscow, despite the fact that the clubs have agreed on a rental player. It is reported Goal.com.

The army was ready to rent Bolasie with the option to purchase the rights to the player for six million euros. However, citizens are not able to negotiate with the player. 30-year-old African refused to perform in Russia.

It is noted that Bolasie expect the French “Rennes”, Turkish “Besiktas” and Scottish “seltik”. The Congolese contract with Everton expires in 2021. The portal Transfermarkt appreciates his transfer fee of 11 million euros.

The season-2018/2019, the player has played, speaking in the leases. Until January 2019 Bolasie defended the colors of “Aston Villa”. Finished the season African in Belgium, in the “Anderlecht”.

New season the Premier League kicked off on 9 August. The Rambler media Group, the structure of which is online cinema, Okko, acquired the rights to broadcast matches of the English championship for the next three seasons. Specially crafted videoreaction Okko heads a Sports commentator Vladimir stognienko.