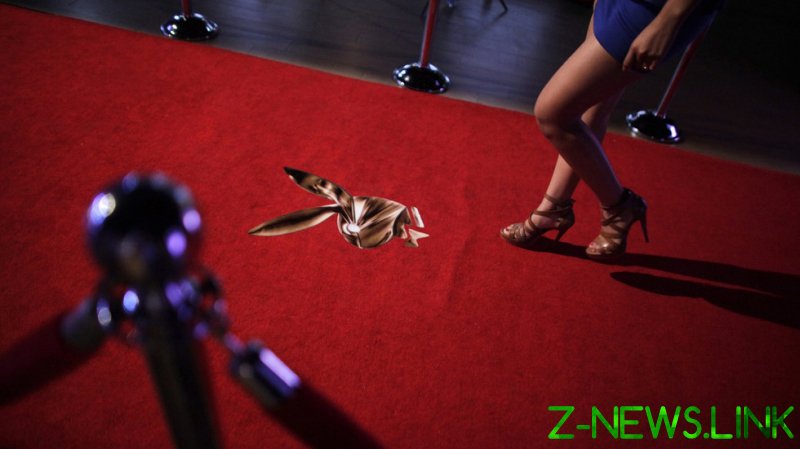 Remember Playboy? To men of my age and older, it was an institution. Trading dog-eared copies with schoolmates, stashing the magazines under our mattresses, and plastering our college bedrooms with bleached-blonde, fake-tittied centerfolds was part of growing up in the 1990s and 2000s.

Under the stewardship of smoking-jacketed master creep Hugh Hefner, the magazine unashamedly billed itself as ‘Entertainment for Men.’ Yet four years after Hefner’s death, Playboy’s digital edition this month doesn’t feature a scantily clad bimbo on its cover, but a man in a skimpy bunny suit.

The man in question is Bretman Rock, a gay Filipino social media star. The second solo man to grace the magazine’s cover, but the first to do so in sexually provocative attire, Rock described the event as “a huge deal for the LGBT community, for my brown people community – and it’s all so surreal.”

It’s certainly surreal that a magazine ostensibly aimed at heterosexual men would slap lingerie on a twinky male vlogger and expect these same heterosexual men to snap up copies. But in a world where Victoria’s Secret is replacing attractive models with overweight lesbians and where men can win female beauty pageants, it’s just another sign of the times.

Rather than reinvent Playboy to please either crowd, former content officer Jimmy Jellinek told the New York Times in 2019 that the team decided to let it die “with dignity.” Hefner’s son Cooper stepped down as chief creative officer that year, and editorial duties were taken over by two women and a gay man, all millennials, commanding a mostly female staff all under the age of 35.

The magazine may have died, but it rose from the grave twisted and deformed. Playboy’s summer 2019 issue featured an underwater photoshoot of nude activists, with the water “meant to represent gender and sexual fluidity,” new senior editor Shane Singh told the NYT. An interview with #MeToo founder Tarana Burke, a “queer cartoon,” and a feature on “gender-neutral sex toys” rounded out the issue, while the fall edition ran a photo-essay on female pubic hair, complete with some hidden surprises, as arts editor Liz Suman told the Times she had “been sneaking in some penises too.”

Playboy’s core readership almost certainly wasn’t demanding more penises and gender-neutral sex toys, yet the Times reminded complainers that Playboy always pushed progressivism: Hefner was an early advocate for gay rights, and his magazine published countercultural writers such as Jack Kerouac and Hunter S. Thompson, and campaigned for civil rights and free speech in the 1950s and ‘60s.

Yet such activism wasn’t mainstream in the 1950s and ’60s. Playboy stood out by publishing boundary-pushing content that other magazines wouldn’t touch, and the blend of libertarianism and gratuitous nudity was a recipe for success. By 1972, Playboy was selling seven million copies per issue.

“At Playboy’s height of influence in the 1960s and early 1970s, it was what we might consider the 1960s version of woke,” historian Carrie Pitzulo told the Times in 2019. But the 1960s were more than half a century ago, and woke activism is the norm these days, not the exception. Playboy doesn’t stand out by embracing woke politics – rather, it fits in.

Late-night comedians push climate activism. Ice cream companies call for the abolition of the police. McDonald’s wants you to “stop killing” black transgender women. If Playboy wanted to stand out in this sea of homogenous liberal swill, it would rediscover its unapologetic heterosexuality and give its predominantly male audience what they want, not what its cat-lady editorial board thinks they need.

In a way, the image of Rock donning the bunny suit is a powerful symbol for what’s happened to Playboy. The magazine has been taken over by the most insufferable ideologues, who’ve hollowed out everything it stood for and now wear its icons as a skin suit, burning through the brand’s last reserves of credibility until they move on to their next abomination after the inevitable shutdown.

The good news is that straight men will always want to look at beautiful naked women, and with woke liberal values so entrenched throughout the media, it won’t be long before some enterprising publisher combines nudity with genuine alternative commentary and creates something iconic. Some shoestring publishers are already reviving the countercultural spirit of the Playboy of old, and more will inevitably look to exploit the gap in the market.

Until then, Playboy’s editors should have the decency to let the venerable old magazine die with some shred of dignity.