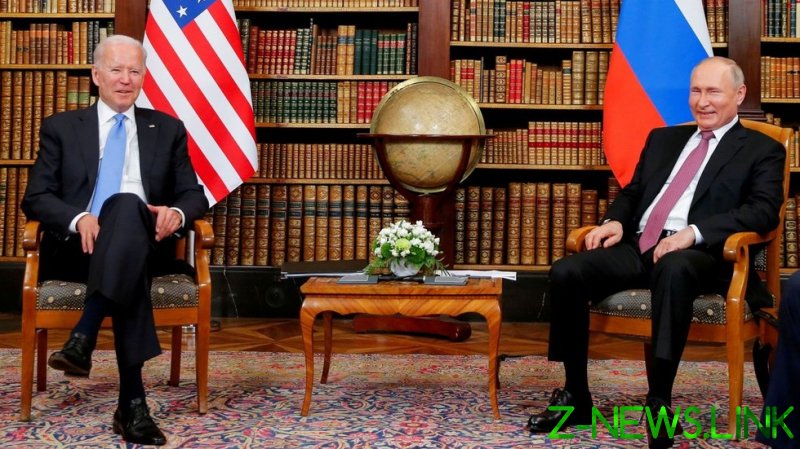 Work is already underway on a potential meeting between the two leaders, Russian Deputy Foreign Minister Sergey Ryabkov told TV channel Russia 1 on Sunday.
The senior diplomat said Washington had made some claims regarding Moscow, including those related to the situation in Ukraine. Russia feels the need to “explain in detail what really happens and how,” he added.

“Thorough preparation is needed for this meeting to take place, and that is what we’re doing,” the deputy minister said.

Earlier this week, Kremlin spokesman Dmitry Peskov also referred to the possibility of Putin meeting Biden in the near future. However, he said that no specific timelines had been agreed yet.

“Is it possible before the New Year? Yes, it is,” Peskov told Russia’s Channel 1 on Thursday, adding that “it could happen later as well,” since it would ultimately depend on both leaders’ working schedules.

Washington has not mentioned any timeline for the meeting in its recent comments. On Thursday, White House Press Secretary Jen Psaki said she wouldn’t rule out the possibility of Biden talking to Putin “at a certain moment in future,” but said she had no announcements related to contact between the two leaders.

Putin and Biden met in the Swiss city of Geneva in June in what was their first meeting since the US president’s inauguration in January. The two presidents adopted a joint statement on strategic stability and agreed on their ambassadors’ return to consultations on the future of the Strategic Arms Reduction Treaty (START III).

They also made some complimentary comments about each other. Putin called Biden a “professional,” adding that his negative image in the media “has nothing to do with reality.” Biden, in turn, said that he believed there was a “genuine prospect to significantly improve relations” between Washington and Moscow after meeting Putin.

Russian-American relations have not significantly improved since the Geneva summit, however. The Kremlin has said it believes restoring relations would take a long time.