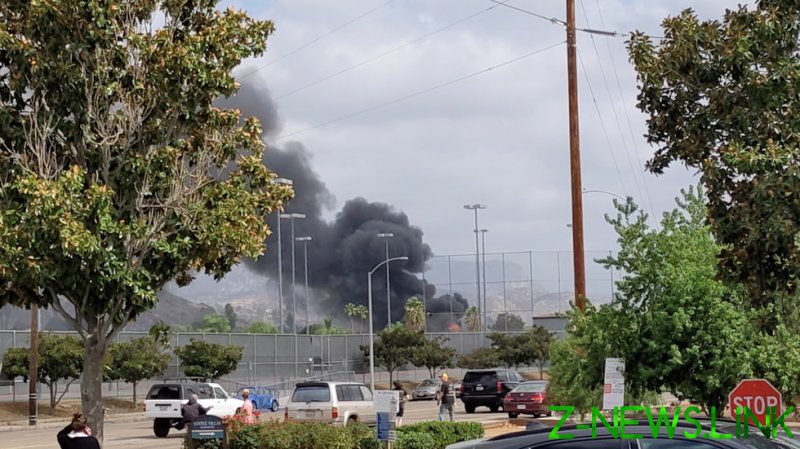 The plane crashed down onto a residential street in Santee, a suburban area of San Diego County, early on Monday afternoon. Footage from the scene suggests that at least two buildings were seriously damaged in the crash, which occurred just blocks from a high school.

All the school’s students were reported safe, though lockdown measures were briefly put in place on campus. Meanwhile, photos shared on social media showed a devastated crash site, and thick black smoke rising into the air.

As fire crews extinguished the burning buildings, Santee Fire Chief John Garlow told ABC News that the plane was a small, twin-engine craft which hit a UPS truck and at least one house. Two people inside the house sustained burn injuries, Garlow added.

A fire department spokesman later told local media that at least two people have been confirmed dead, though that toll could rise. He described the scene as “brutal,” and said that it will take some time to determine how many more people died.

It is unknown how many people were on the plane, but the official described the crash as “unsurvivable.”

The incident occurred less than 15 miles from the scene of a devastating 1978 crash, in which a Boeing 727 collided with a Cessna 172 light aircraft over North Park, San Diego. Over 140 people, including everyone on board both planes, were killed in what remains the deadliest air disaster in California history.

In 2018, two people and a dog were killed when a Cessna 182 Skylane nosedived into a storage yard in Santee.