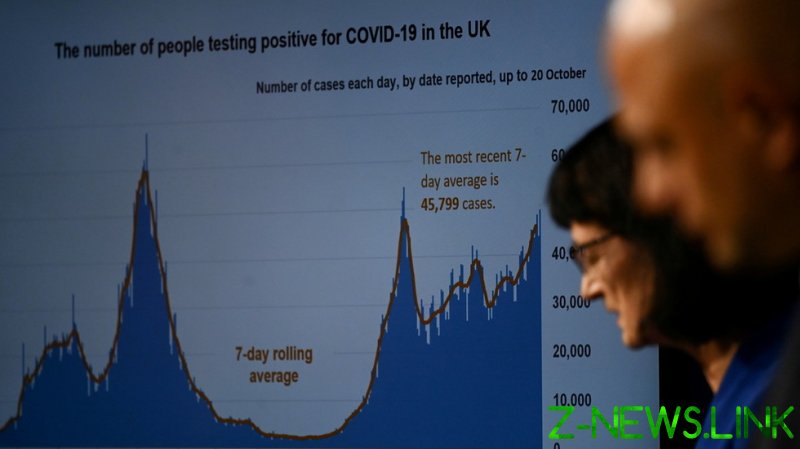 Boris Johnson’s ‘Plan B’ measures to battle the coronavirus may have unintended consequences, a government assessment, seen by The Telegraph, has warned. The plan would require people over the age of 18 to produce proof of being double-vaccinated to visit certain large hospitality and entertainment venues, as well as sporting events.

However, the outlined measures could backfire, the assessment warned, if they scare the people away from larger venues, pushing them into smaller ones and turning these into coronavirus hotspots.

“There is potential displacement between live events venues and hospitality venues,” the document reads, as quoted by the newspaper.

The policy is expected to affect football fans, displacing them from “structured and well-ventilated sports stadia, this could lead to them attending unstructured and poorly ventilated pubs instead.” In such establishments, “they will have access to more alcohol than if there were in the stadia,” the document warned, pointing out that a correlation between liberal alcohol consumption in pubs and coronavirus spikes has already been observed.

“Evidence from the Euros showed spikes in cases associated with pubs even when England were playing abroad,” the assessment reads.

Apart from fuelling instead of tackling the virus’ spread, the proposed measures are also expected to have a severe economic impact. Big venues will be forced to hire additional security staff to check all the required certificates, which is expected to create “bottlenecks” at the entrance, as well as incur additional costs estimated between £345 million and £2 billion.

However, a DCMS spokesperson reached by The Telegraph disputed the report, stating that there is “currently no evidence to suggest that businesses have been impacted by lower attendance when certification is used, with various venues already using this on entry throughout the year.”

While the ‘Plan B’ measures are not expected to be rolled out imminently in England, proof of full vaccination has already become a requirement for visiting nightclubs and major venues in Scotland. Following the first weekend of the scheme’s enforcement, the Scottish Hospitality Group, representing the country’s night-time venues, blasted the Covid vaccine passport scheme on Monday as an “unmitigated disaster” for the sector.