Home / WORLD / Plain sailing for meme-makers: Jokes flood in as ‘Ever Given’ re-float in Suez Canal FAILS and more tugboats called in

Plain sailing for meme-makers: Jokes flood in as ‘Ever Given’ re-float in Suez Canal FAILS and more tugboats called in 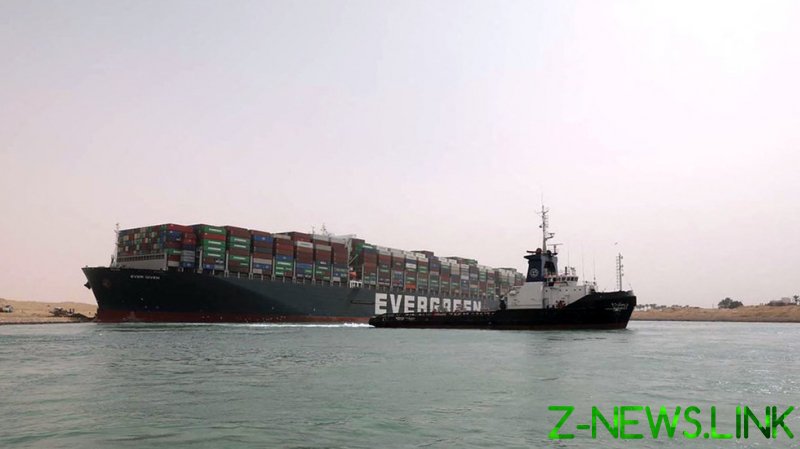 The Panama-flagged container ship became lodged sideways in the canal – one of the world’s busiest shipping lanes – on Tuesday, after it veered off course in high winds.

However, efforts to re-float the vessel on Friday were “not successful,” and two tugs will now arrive to assist on Sunday, Bernhard Schulte Shipmanagement, which manages the ship, said in a statement.

Data from the shipping journal Lloyd’s List has suggested ‘Ever Given’s blockage is stopping up to $9.6-billion worth of trade from moving through the canal each day, but that hasn’t stopped the meme-makers getting to work.

Some of the jokes suggested that fictional union worker Frank Sobotka from HBO drama ‘The Wire’ should be called in to help, or that ‘Ever Given’ should be literally floated out with the help of balloons like in the Pixar animation ‘Up’.

Other responses had political undertones. Daily Wire founder Ben Shapiro likened the snail’s pace of the stranded behemoth to that of US President Joe Biden’s solo press conference on Thursday – his first since entering the White House.

Given the Suez Canal’s Middle East location, other Twitter users suggested the Biden administration might be preparing drone strikes to free the trapped ship.

Podcaster Gary Brecher, known for the ‘War Nerd’, said it was “amazing” that Egypt’s Sinai insurgents had never conceived of blocking the canal to aid their attacks against the country’s security forces.

“10 billion dollars a day … That pilot will have the ultimate student debt anecdote,” he added.

More mainstream offerings riffed on the alleged proliferation of fake news on Facebook, the Covid-19 pandemic, and even diversity training workshops.

However the joke could soon be on the memers, because a potential global toilet-paper shortage looms amid the shipping chaos, according to Brazilian wood-pulp company Suzano SA. The company’s CEO, Walter Schalka, told Bloomberg News that it was having difficulty shipping the raw material it needs to make toilet tissue due to the blockage in the canal.