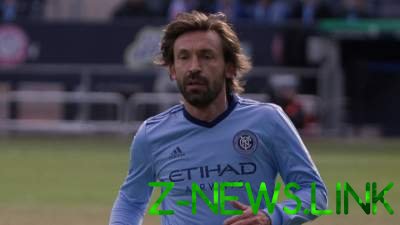 Legendary Italian midfielder Andrea Pirlo at the end of the year will finish his career as a professional footballer.

The last club in his career Pirlo has become “new York city”. In December, the Italian will become a free agent and will officially hang up his boots.

“You know, when your time comes. You have a problem with the physical condition every day, you can’t train the way you want because you have some problems.

At my age need to stop. You can’t play forever up to 50 years. I’ll do something else”, – quotes “Goal.com” the words of 38-year-old footballer.

On a professional level Pirlo played in “Regina”, “Brescia”, “inter”, “Juventus”, “Milan” and “new York city”. Midfielder played 752 games in which he scored 73 goals and gave up 86 assists.

In the “Milan” Pirlo won two Champions League (2003 and 2007). One of the best Midfielders of his generation six times, won Serie A twice with AC Milan and four with Juventus.

Andrea Pirlo in 2006 helped Italy win the world Cup. Six years later at Euro 2012 in Ukraine and Poland, the iconic midfielder has a status of champion of Europe. T-shirt”, Italy squadra Azzurra” on account of Pirlo 116 appearances and 13 goals.