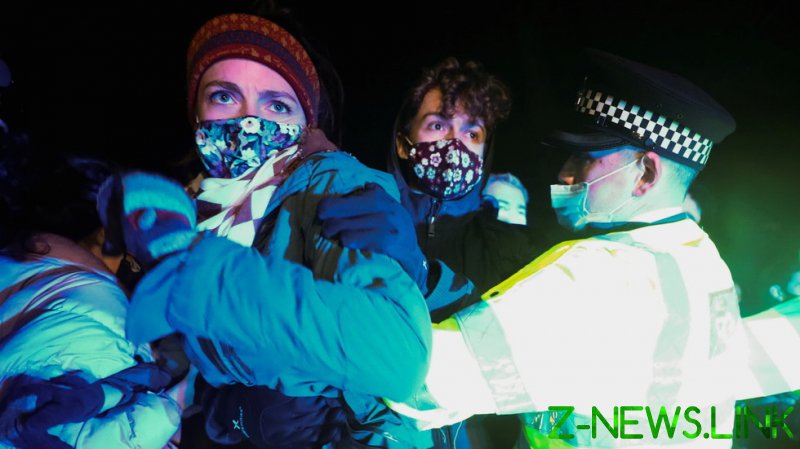 With more than 20 police officers injured, some with broken arms and ribs, in the Bristol ‘Kill the Bill’ riots following a demonstration against proposed legislation aimed at preventing exactly this type of flare-up, you might think public sympathy with the forces of law and order would enjoy a rare boost.

After all, it hasn’t been a brilliant month for the Old Bill, with the Met Police under fire for their rough handling of women attending a vigil on Clapham Common for murdered Sarah Everard, which turned real bad, real quick, and led to calls for the head of Met boss Cressida Dick.

Bristol offered the chance for some sorely needed public support, as violent thugs attacked the police, setting fire to their vans and smashing up their stations. Instead, however, another misstep appears to have been made, leaving any residual goodwill towards the forces to melt away in the early spring sunshine.

In the irritating climate of instant inquiries into anything and everything, there is an investigation already underway into the Met’s handling of the vigil crowd. Someone needs to be blamed, so one of the five HM inspectors of constabulary has risen to the challenge and is heading up the probe. Step forward, Matt Parr.

Of the five choices, he is not the best pick. Because Parr is currently in dispute with his employers, the Home Office, over a sex and race claim. Not against him, in case you have any funny ideas, but launched by him.

The inspector of constabulary says he has suffered discrimination in his job because he is a white man. Oh, and the basis of his claim is that a black female colleague earns more than him.

In light of this awkward situation maybe, just maybe, it might have been prudent to ask him to sit this particular inquiry out – not because he’s wrong to pursue his claim, but because it’s a little tone-deaf for the role he’s expected to fill. But that’s not what has happened.

People who sue their bosses for higher pay after having discovered what their colleagues earn, meaning they suddenly feel undervalued and demand parity, whether they deserve it or not, tend to create a pretty awkward working environment.

While some people like nothing more than some workplace friction, suing for a higher salary is hard to fathom on a couple of levels.

Firstly, it’s just not British. I’ve spent three decades working alongside dozens of people without ever having the faintest idea how much they earned. We just never discussed it or even thought to ask. It’s just not on.

British people do not like to discuss their finances. They’ll go into intimate detail about their sex lives over a pint or two, but when it comes to money? Schtum. They know it’s just asking for trouble.

Secondly, if we could all determine our own pay based on what our colleagues earn then we’d all pick the highest earner in the office and insist we be paid the same as them. It doesn’t make any sense, even if we think we’re worth it, because everyone brings something different to the jobs game.

The public sector publishes helpful tables to show minimum and maximum salaries within graded bands – even in the HMIC – and it’s up to the individual to convince the higher-ups of their rightful place on that scale. And of course, there’s some inbuilt wiggle room based on your own characteristics.

Experience in the field is a handy guide. Past performance is useful. Results are good too. But to simply demand, “I want the same deal as my colleague,” and use sex or race as yardsticks, is not necessarily the route to success. But hey ho, some folk are just wired differently.

So we end up with this somewhat awkward position of having a high-profile figure asked to navigate a path through a particularly sticky public mess while he himself is mired in another tricky situation of his own.

It is hard to understand why no one in a position of power involved in giving Matt Parr the appointment considered holding up a hand for a “Whoah, wait a minute! Maybe not this guy this time” intervention.

Because everyone’s on this. The public. The police. The politicians. Now, through an easily avoidable clanger, the vigil inquiry risks being undermined by the choice of man to run it. In the world of crisis management, this would be classed as a rookie error.