Home / INCREDIBLE / Phlegraean fields named the cause of ancient catastrophes

Phlegraean fields named the cause of ancient catastrophes 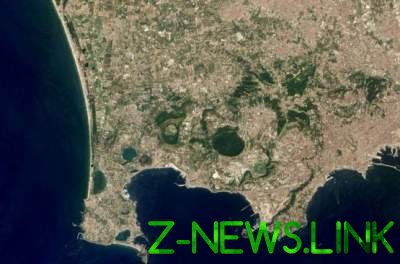 The ash ejected in the eruption, covered an area of 150 thousand square kilometers.

In the study, scientists have studied volcanic deposits that have been found in five kilometres North-East of the Phlegraean fields. The analysis showed that they correspond to the ash deposits that were found in the cores, marine and lake sediments throughout the Mediterranean basin.

It turned out that this ash corresponds to the eruption Fleasca fields. Creating a model of the spread of ashes, the researchers were able to determine the scale of the eruption.

Phlegraean fields called active supervolcanoes the Caldera near a densely populated area, where more than a million people. Megaspirea Phlegraean fields (event CI) occurred about 40 thousand years ago and probably caused the onset of the volcanic winter. The second known major eruption (the Neapolitan yellow tuff, NYT or event) happened about 15 thousand years ago. In addition, over the last 60 millennia, the volcano is constantly produced eruption weaker, including the Monte Nuovo in 1538.