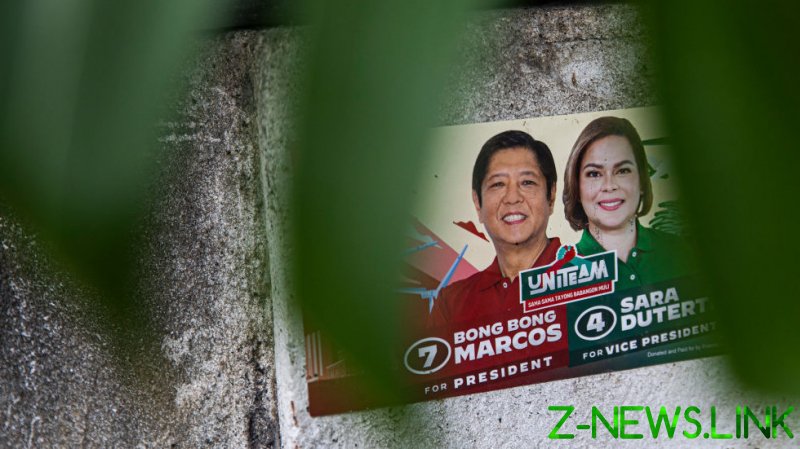 While the official results of the presidential election in the Philippines won’t be known for a little longer, the preliminary tally with more than 94% of precincts reporting on Monday showed Ferdinand Romualdez Marcos Junior with an insurmountable lead over the incumbent VP Leni Robredo.

Meanwhile, Sara Duterte-Carpio is far ahead of any other candidate in the vice-presidential race.

The incumbent President Rodrigo Duterte could not run due to term limits, but his daughter chose to run for vice-president. Also known as “Inday Sara,” she got over 30 million votes, or more than 61% – far ahead of the second-place Francis “Kiko” Pangilinan with 8.9 million (18%).

Ferdinand “Bongbong” Marcos is winning by a smaller margin over Robredo, but as of Monday evening had 30 million votes (58.8%) to her 14.3 million (28%). Boxing legend Manny Pacquiao parlayed his fame into 3.4 million (6.7%) votes, coming in third place.

Large crowds of Filipinos gathered outside Marcos’s campaign headquarters on EDSA boulevard in Manila on Monday evening, chanting “Bongbong, Sara!” and rejoicing in their apparent victory, the New York Times reported. Marcos urged them to be patient, however.

“It’s not over yet,” he said, referring to the official vote counting yet to be finalized. “Let us keep watch over our votes. And if I do get lucky, I am hoping for your unending help and trust.” 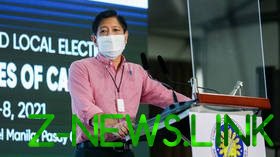 Bongbong’s father Ferdinand Marcos Senior ruled the Philippines between 1966 and 1986, before he was forced into exile and died three years later. His wife Imelda gained notoriety for a shoe collection that reportedly amounted to 3,000 pairs.

Imelda and Bongbong were allowed to return in 1991 and eventually became active in politics again. Marcos Jr. built a career in the Ilocos Norte province, on the island of Luzon, until he was elected senator in 2010. He ran for vice-president in 2016, but lost to Robredo by some 260,000 votes. His mother represented Ilocos Norte in the Philippine House of Representatives until 2019.

Duterte himself ran for a Senate seat. The candidate he originally endorsed, Christopher “Bong” Go, withdrew from the race in November 2021, setting the stage for a showdown between Marcos and Robredo.