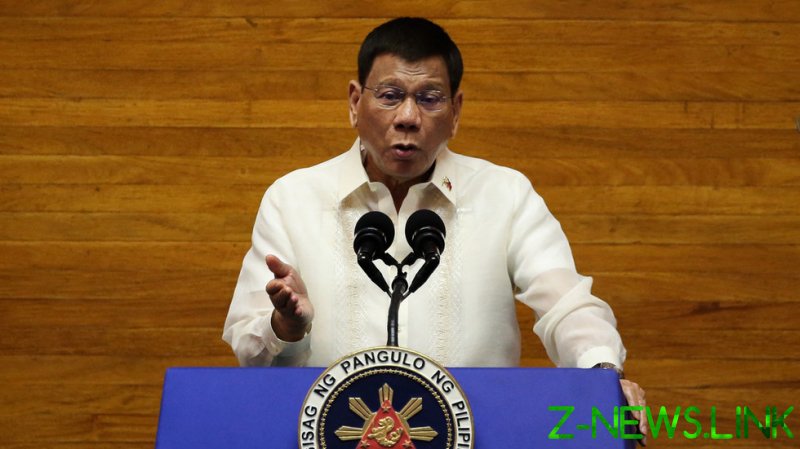 “President Rodrigo Roa Duterte agreed to make the sacrifice and heed the clamor of the people, and accepted the endorsement of the PDP Laban Party for him to run as vice president in the 2022 national elections,” senior party official and the country’s cabinet secretary Karlo Nograles said in a statement on Tuesday.

Nograles explained that the decision was made in order to continue the current administration’s efforts to fight terrorism, corruption, and poverty, as well as to proceed with the Covid-19 vaccination campaign.

The party earlier announced that Senator Bong Go, a close Duterte ally, will be its candidate for president.

A former mayor of Davao, the country’s third-most-populous city, Duterte was elected president in 2016. He said last month he was “seriously thinking” of running as VP since the law prohibits him from seeking a second term in office.

Known for his straightforward speeches and crass language, Duterte had made headlines in the past by calling former US president Barack Obama a “son of a whore” and threatening to throw corrupt officials out of a helicopter – something he claimed to have done during his tenure as mayor.

The Philippines politician has also attracted criticism abroad for his ruthless war on drugs, marred by allegations of the extrajudicial killings of drug dealers and drug users.