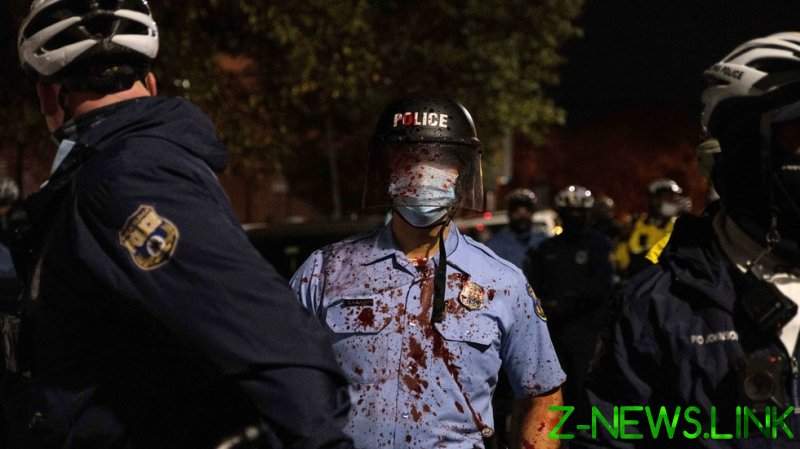 The curfew is being put in place after violent protests spun out of control on Monday and Tuesday following the death of Walter Wallace Jr., whom police shot after he refused to drop his knife during an altercation on Monday afternoon. Pennsylvania Governor Tom Wolf ordered several hundred members of the state National Guard to deploy to Philadelphia to help quell the unrest.

At least 53 police have been injured in the clashes, many of whom were struck by bricks and rocks, according to local CBS reporter Joe Holden. One officer was run over by a large pickup, and 28 police or fire department vehicles were torched or otherwise damaged.

Nine ATMs were blown up overnight Tuesday alone, which is something of a tradition during Philadelphia riots. About 50 ATMs around the city were bombed during Black Lives Matter protests in early June, and in one of those cases, the would-be thief was killed in the explosion.

This week’s unrest marked some of the most out-of-control rioting since BLM protests began in the wake of George Floyd’s death in Minneapolis police custody on May 25. Philadelphia police advised residents on Twitter Tuesday evening that a crowd of about 1,000 people was looting businesses on Aramingo Avenue and that they should avoid the area. Another warning went out about an hour later, urging residents in seven different districts to remain indoors if possible because demonstrations had turned violent.

But police denied a media report suggesting that officers had been ordered to stand down and decline to respond to calls for such incidents as burglary and theft. Police said the order was given to “galvanize additional resources to specifically deal with looters and other in-progress crimes.” There have been 172 arrests during the two nights of unrest, including 53 looting suspects on Tuesday, police said.

Mayor Kenney has tried to appease protesters, tweeting on Tuesday: “Last night, we saw further evidence of the anguish of our black and brown residents who have struggled their entire lives under systemic racism.” He added that he was “resolved to bring true equity to our city” and would be working with an advisory committee to “advance our reform agenda.”

Wallace family members have meanwhile spoken out against the violence and theft. “Everybody out there that’s looting, they’re thieves,” said Anthony Fitzhugh, a cousin of Wallace. “They’re opportunists. And they’re stealing because they have the opportunity to go and steal. Do not put my cousin’s name on that.”