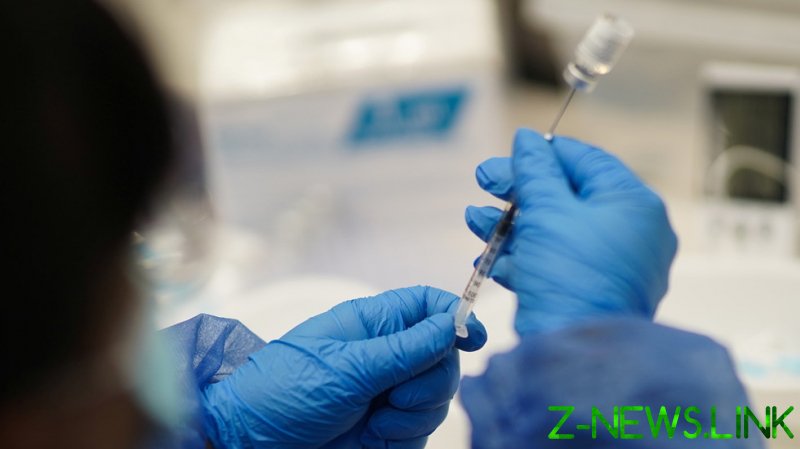 The pharma giant and its partner BioNTech announced the move on Monday, citing promising results in their early trials as they sent the data off to the FDA.

“The data we’ve seen to date suggest a third dose of our vaccine elicits antibody levels that significantly exceed those seen after the two-dose primary schedule,” Pfizer CEO and chairman Albert Bourla said in a statement, stressing the need to address “the continuing threat of Delta.”

Pfizer said trial participants were given boosters eight to nine months after receiving their second vaccine dose, and that the additional shot “elicited significantly higher neutralizing antibodies” against the coronavirus compared to levels seen after just two doses. The improved immune response was observed for the original SARS-CoV-2 “wild type” strain, as well as the Beta and Delta mutations that have emerged since.

Last month, Pfizer’s chief scientific officer hinted that the company would soon request approval for boosters, telling Reuters that while Pfizer’s vaccine remains highly effective, antibodies produced by the shots wane over time. He pointed to data showing that effectiveness had slipped from 95% into the 80% range after six months, suggesting additional doses could be needed.

While White House Covid adviser Anthony Fauci initially reacted with surprise after Pfizer said it would seek authorization for booster shots, insisting there was no need for third doses, his stance changed significantly last week. In an interview with NBC News, he argued that all Americans would likely have to receive a booster dose at some point, citing declining immunity.

Less than a day after those remarks, the FDA authorized booster shots for the immunocompromised using Pfizer and Moderna’s vaccines, saying those with weakened immune systems might benefit from an extra dose.

The widespread use of booster shots is sure to pad out the profits of big pharma firms, with Pfizer and Moderna already expecting to make a combined $50 billion in vaccine sales this year alone from their two-dose formulations, according to Reuters. Adding another shot to the regimen would only see that figure soar further. Executives at both companies have long discussed the possibility of boosters, with Pfizer CEO Bourla even suggesting in April that Covid jabs could be needed yearly, much like flu vaccinations.

While all three coronavirus immunizations used in the US are authorized only on an emergency basis, the FDA is reportedly looking to give full approval to Pfizer’s shot by early September, as US health officials hope to improve confidence in the jabs amid declining vaccination rates across the country.