Home / WORLD / Peter Hitchens’ reactionary conservatism is, at times, hilarious – his fear that we have traded freedom for safety is anything but

Peter Hitchens’ reactionary conservatism is, at times, hilarious – his fear that we have traded freedom for safety is anything but 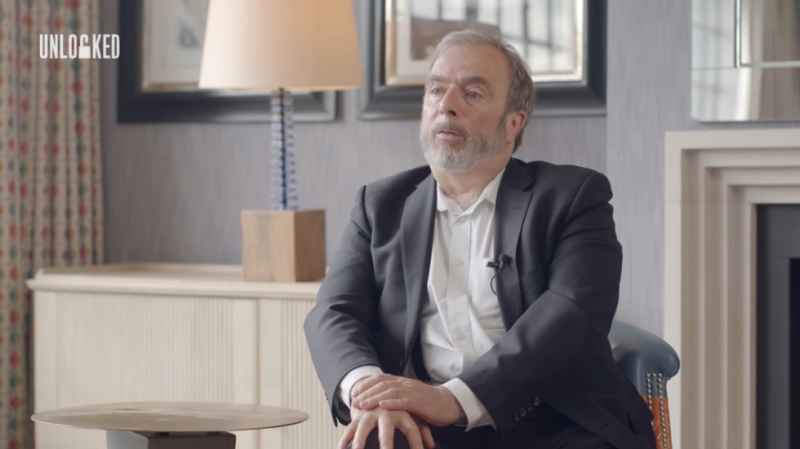 Peter Hitchens is a dyed-in-the-wool conservative. In an interview for Unlocked, Hitchens even describes himself as a ‘reactionary’. His theme is the loss of freedom in the UK and while his uber-conservative views mean he has a very different take on freedom from me, he’s quite right to be concerned about our society’s general loss of concern with the issue of liberty.

In the late Sixties and early Seventies, Hitchens was a member of the International Socialists, forerunner of the Socialist Workers’ Party. But his views have changed radically since then, one reason why he fell out with his equally famous journalist brother, Christopher. These days, Peter is a Christian, pro-family, anti-drugs, right-wing newspaper columnist.

In his new interview, titled ‘The Slow Death of Freedom 1914–2020’, he points to four key dates in the undermining of British liberty – something he has thought for a long time was doomed, but its demise has been accelerated by the government response to the Covid pandemic.

Early on in the interview, Hitchens makes his position abundantly clear: “We are throwing away our liberty. We are willingly and, in some cases, cheerfully throwing it away because we have ceased to value it. In fact, we are increasingly comfortable with being told what to do rather than deciding what to do for ourselves.” This is anathema to him. Liberty is “the most precious jewel we have in this country”, it is not just “an abstract concept because it decides how you live”.

But this is a process that has been going on for over a century. His first key date is 1914 and the start of the First World War. One consequence was conscription, which began in 1916. It seems slightly extraordinary now that most men aged 18 to 40 (and eventually 51) could be forced by the state, under threat of imprisonment, to take up arms and fight in the trenches. The legislation lapsed in 1920, but conscription began again in 1939 and was continued, as ‘National Service’, until 1960.

But Hitchens also blames the First World War for beginning the process of Britain’s decline. The war was a mistake and, along with the Second World War, prematurely ended Britain’s position as a leading world power. After two major wars, Britain was broke. Moreover, the Labour government of 1945 extended the state’s rule over society by nationalising great swathes of the economy, a process only undone by Margaret Thatcher’s government in the 1980s.

However, Hitchens argues, the encroachment of the state and the destruction of liberty was to some extent stalled by the Cold War. If the argument of the Western powers was that the Soviet Union was a totalitarian state, it was untenable to impose state control over Western societies.

His next key date is 1964 and the election of another Labour government. This time his complaint is the undermining of tradition and the institutions of society. He seems particularly exercised by the limited decriminalisation of gay sex and the modest liberalisation of the divorce laws. The latter, he argues, actually invited more interference by the state in family life by meddling in what he views as a ‘private contract’ – particularly in relation to children.

His third key date is 1997. Quelle surprise, it’s the election of another Labour government that attracts his ire. This time, he sees it as the rise to power of the Sixties radicals – the kind of people he used to hang out with in the Seventies. They had had their own ‘long march through the institutions’, as it were, but it was only in 1997 that they had a parliamentary majority. Now the state would intervene even more into our daily lives, all in a seemingly well-meaning and paternalistic manner.

Not only did the Blair and Brown governments transform society, particularly with their focus on equality and the relativising of religion – with Christianity now just one of many religions rather than especially important to Britain, Hitchens observes – but the effect was to change the Conservative Party into one in Blair’s own image. The elitist concerns of both Labour and Conservatives were the same, particularly when it came to using education to indoctrinate children over issues like the environment – a process he sees as having been initiated by the abolition of school selection and the rise of ‘comprehensive’ education under Labour in the Sixties and Seventies.

Last, but not least, comes 2020. After years in which the state has been increasingly regulating our lives, the Covid pandemic was a ‘big bang’ of authoritarianism. We were told to go home and stay home, and even our interactions outside the home were to be tightly constrained. The law told us what we could and should do rather than allowing us to do anything other than that which was expressly prohibited. For Hitchens, the lockdowns confirm the victory of ‘safetyism’ over freedom.

At times, I find Hitchens’ conservatism hilarious. And it is odd that he raises the freedom for men to have sexual relationships with other men or the ability of women (in the main) to escape an unhappy marriage as indications of the decline of liberty. He’s well known for arguing against decriminalisation of recreational drugs – but do we really want the police to arrest us for our ‘bad habits’? As for education, the rise of comprehensives did allow ‘late bloomers’ to prosper at school and go on to university. It is not the demise of grammar schools that is to blame for the decline of education, but our modern, relativistic outlook on knowledge and our low aspirations for kids from disadvantaged backgrounds.

I also think that a bit of nuance is required when it comes to the current Covid rules and regulations. There are plenty of people who would welcome a more regimented society, especially if they are the kind of professionals who get to have a say in making the rules. For most people, however, complying with lockdowns has been much more pragmatic. They will go along with them as long as they believe there is something to be feared or as an act of solidarity with others.

That patience is likely to be wearing a little thin. It’s one thing to comply when the hospitals are bursting at the seams with sick people, it’s another thing to do so when the threat has subsided. This week, the UK marked its first day when zero Covid deaths were reported – albeit thanks to bank holiday and weekend reporting delays. Over 75% of UK adults have had at least one vaccine dose; almost 50% have had two doses. The number of people who are susceptible to the virus – even with its multiple variants – is shrinking to such an extent that it seems unlikely we could ever have a ‘third wave’ on a par with the previous two.

In turn, we may soon reach a tipping point where those who have had enough of the restrictions start to outnumber those who want to cling on to them. So I am less gloomy than Hitchens about the immediate prospects for freedom. Nonetheless, I think he may be right about the way freedom is now less valued than safety.

Once it would have been unthinkable to punish people for going out, mixing with friends and family, and all the rest. Yet it has become clear that basic freedoms have been easily undermined. Professor Neil Ferguson, interviewed in The Times last December, noted how China’s lockdown policies were regarded as impossible in the West. “It’s a communist one-party state, we said. We couldn’t get away with it in Europe, we thought. And then Italy did it. And we realised we could.”

It’s not the first time that I’ve been shocked by how weak the desire for freedom is. I remember thinking when a ban on smoking in public places – including pubs – was introduced in Ireland in 2003 that it would never stick, that the famously independent-minded and sociable Irish would never stand for it. But they did. Within four years, similar bans were in place across the UK and in many other countries, too.

In recent years, the UK has seen an epidemic of CCTV cameras, official busybodies fining us for every minor indiscretion, people being arrested for saying the wrong thing on social media, and charity volunteers being forced to undergo criminal records checks. These are among many of the ‘salami slices’ (as Hitchens calls it) to our most basic freedoms.

Covid is just the crystallisation of this trend away from freedom. Unless there is a serious pushback against these state impositions, Hitchens’ gloom at the permanent demise of liberty may be well placed.