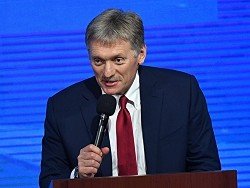 The Kremlin is closely monitoring the situation with the General decline of incomes of Russians and realistically assess the economic situation of the citizens. This was stated press Secretary of the President Dmitry Peskov, adding that the country’s leadership knows what needs to be done to achieve positive results.

“We see and understand what was happening, but importantly, the leadership [of the country] knows exactly what you need to do to this trend to change towards a positive outcome — quoted Peskov TASS. — A General decline in revenues is stated by many organizations that deal with statistics, including Rosstat. It is not always possible to understand certain information, although, in General, is the General background, which, indeed, is the object of attention”.

See also:  Russians are forced to pay taxes for debt

According to Peskov, the impoverishment of the population “calls of concern” but the government implement “a set of measures aimed at correcting the situation” — this primarily national projects. Measures to combat poverty in February in his address to the Federal Assembly was sounded by Vladimir Putin.

Previously Rosstat published a report which shows that 48,2% of Russians only have enough money for food and clothes. In April, Prime Minister Dmitry Medvedev acknowledged that life in Russia is “far from ideal, many people find it difficult, and some just survive.”

See also:  The detained Russians fell out of police car and died