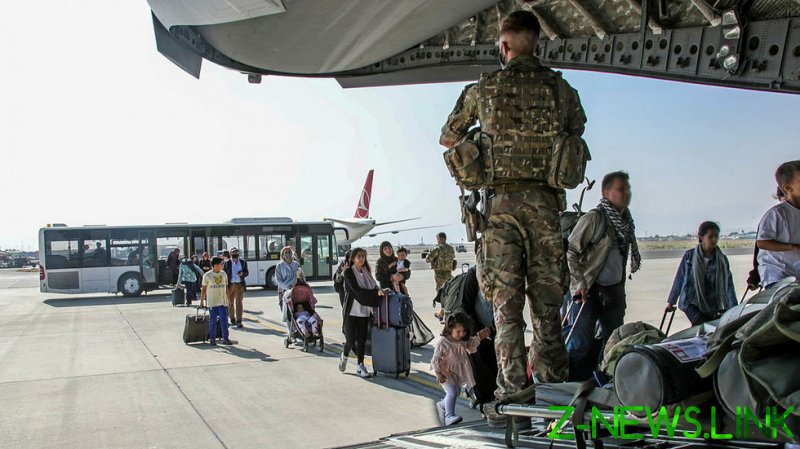 The individual, whose identity is being kept secret by the government, arrived in Birmingham on a British military flight, Sky News reported on Monday, citing details from a briefing for MPs by ministers and officials. According to Sky, ministers were tipped off about the arrival “overnight.”

A Home Office spokesperson told Sky later on Monday that the individual’s case had been analysed and that they were no longer a “person of interest” to authorities. Regardless, authorities would have be unable to repatriate them anyway, as flights into Afghanistan have been suspended following the Taliban takeover of power there last week.

Opposition MPs were reportedly alarmed at the apparent security breach, especially after British forces on the ground in Kabul reported a spike in Afghans attempting to leave the country with forged documents and fake passports. However, government officials reportedly said that the fact that the individual was identified shows that the no-fly watchlist is working.

Four other individuals on the list have already been prevented from leaving Kabul airport, and the news caused some consternation among British conservatives.

According to the Ministry of Defence, some 4,000 Afghan interpreters, staff and their families have been flown to Britain over the past week. 1,800 British passport holders and 2,275 Afghans are still awaiting flights to the UK, armed forces minister James Heappey told the BBC on Monday, adding that more Afghan refugees from “wider Afghan civil society” would be flown out “if we’re able,” and others coming by land would be helped move to Britain in a “second phase” of resettlement following the withdrawal.

Amid the mass evacuation of Brits and Afghans alike, Heappey has warned of “people trying to take advantage of this process to get into the UK to cause us harm.” The government, however, insists that “thorough checks are taking place,” Sky reported.

Across the Atlantic, the messaging from officials is similar. With US President Joe Biden and his administration taking flak for downplaying the threat posed by terror groups like al-Qaeda in Afghanistan, Biden addressed the nation on Sunday afternoon, stating that Afghan interpreters and staff who worked with the US military, as well as an unspecified number of “vulnerable Afghans” would be flown to bases in multiple countries, vetted for security, and then resettled in the United States.

Nevertheless, Biden has also admitted that the chaotic evacuation presents a situation that “terrorists might seek to exploit.”