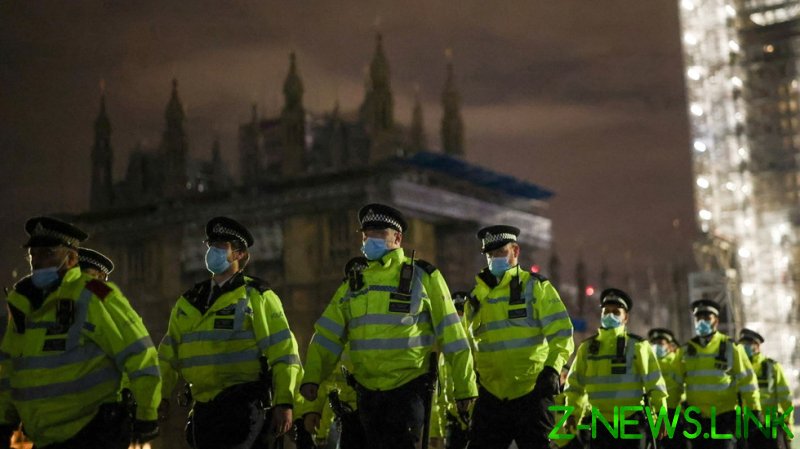 Speaking on Tuesday, Foreign Secretary Dominic Raab said there was an “inherently difficult challenge” in balancing people’s desire to protest and share their grievances with the need to control the pandemic.

“The thorny issue is how we allow peaceful protest expressing our concern with something as terrible as the Sarah Everard case with also the public concern as we come through this vicious and deadly pandemic,” Raab told Sky News.

“So that’s the very fine line we’ve got to navigate,” the foreign secretary said, as he claimed that the police had largely been “sensitive” in their handling of the pandemic and lockdown rule breakers.

“If we made exceptions for one thing or another, however compelling it is, we would start to see widespread disobedience with the rules and then what would that mean?” he explained.

London police have come under fire as videos were posted online showing demonstrators and mourners clashing with officers on Saturday evening at a banned vigil for murdered Londoner Sarah Everard. Police declared the protest “unsafe” and called on those gathered to disperse. Several women were arrested, including at least four who were standing on the edge of a bandstand in Clapham Common.

There were more protests on Monday as people gathered in Westminster to oppose the Government’s Police, Crime, Sentencing and Courts Bill. Four arrests were made in total, three for alleged breaches of Covid lockdown laws and a fourth for assaulting an emergency worker.