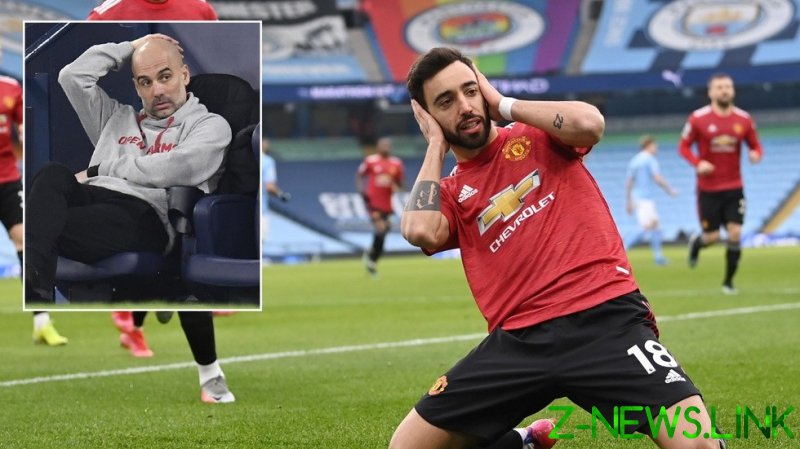 An early penalty from Bruno Fernandes and a second-half strike from Luke Shaw was enough to hand Ole Gunnar Solskjaer’s charges a hard-fought three points, ending the unbeaten run which had propelled City to the top of the division – with United now being unbeaten in an impressive 22 away games.

Fernandes’ early strike set the tone for the remainder of the game, with Guardiola’s free-scoring side unable to break down Man United’s stoic rearguard. 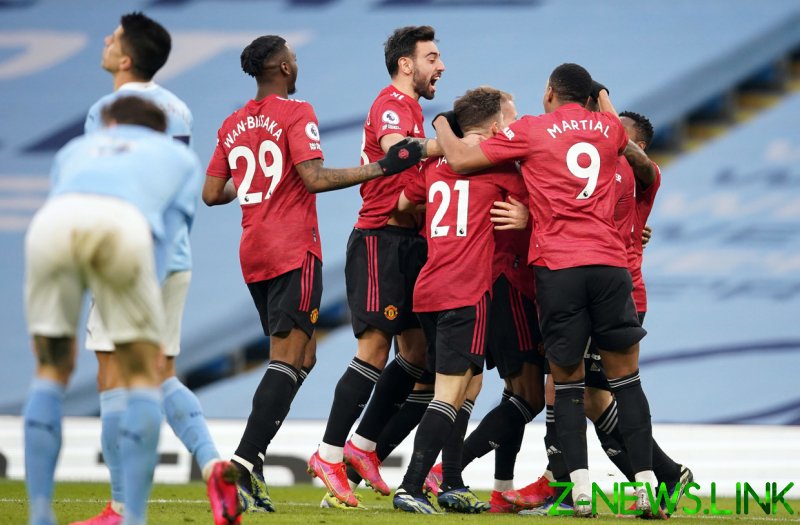 In truth, City never really secured a foothold in the game. Raheem Sterling and Ilkay Gundogan, so often Manchester City’s talismen this season, struggled to make an impact. So too did Kevin de Bruyne who cut a forlorn figure on the pitch for much of the 90 minutes on the occasion of his 250th appearance for the team.

“It’s always difficult to play against Manchester City,” Fernandes told Sky Sports after the game. “They are difficult on the ball and tough to play against. Today we did almost everything perfect.

“Scoring in the first minute was perfect, we had more space to counter. We remained focused until the end of the game. When we defend well we know we’ll have chances to score. The league is not a sprint. It’s is a marathon. We have to do our best and not think about others.”

The win will be a particularly satisfying one for United’s occasionally under-fire boss Solskjaer who now – incredibly – is the only manager to hold a winning record against Guardiola, and more than the other 66 top-flight managers that the Spaniard has faced (three times or more) in his career.

Much like they did in the previous campaign, it was a tactical masterclass from the Norwegian whose team so successfully neutered the in-form City.

“Obviously I don’t think we started very well,” De Bruyne said of his team’s performance. “We knew it would be hard. We played into their hands with the first goal and we needed about 15 minutes to settle a bit. Then we played pretty good but we didn’t score and that made a difference and made a mistake with the pressing for the second goal.

“It is not the best if you go behind after one minute but you still have 90 minutes after that. The second was a little worse but I think the mentality of the players was the same as always.

“Sometimes it is necessary to lose games and have bad spells. Even in the winning run we had some bad spells but overcame then, we didn’t today. Sometimes it can be a positive.”

The manner of United’s win, though, may well be bittersweet to some sections of their supporters after a recent run which saw them drop points in games with Crystal Palace, Chelsea and West Brom – results which almost certainly ended any realistic ambitions they might have held of closing even further ground on the runaway league leaders – something which Solksjaer emphasized in his post-match comments.

“No, we just take one game time,” he said to Sky Sports. “They are too far ahead to think we can catch them. They have been excellent. Even today they put you under so much pressure.”