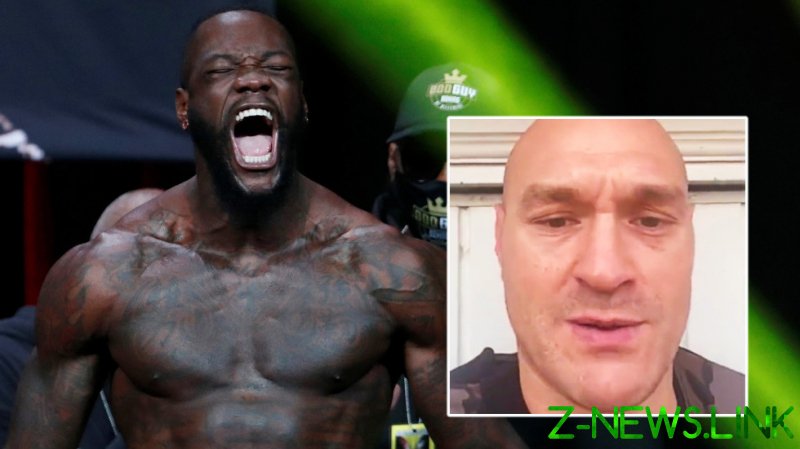 Almost three years since the first chapter in their rivalry, which finished in a draw before Fury knocked out Wilder in a second fight in February 2020, the Mancunian finally put an end to their feud by stopping Wilder in the 11th round of an epic showdown in Las Vegas earlier this month.

Dethroned champion Wilder had embarrassed himself by coming up with all manner of excuses for his first career defeat – including a claim that his heavy ring entrance costume had fatigued him – and the build-up to the trilogy decider was laden with trash talk.

Less than a fortnight since their battle for the ages in which Fury exacted another knockout defeat, the Brit has issued a personal message to his former arch-rival on his 36th birthday.

“This is a very special happy birthday message to my old mate, Deontay ‘Bronze Bomber’ Wilder,” said Fury. Have a fantastic day and thank you for the great fights we had.

“You’re an awesome fighter and I hope you have a great day with you and your family.

“I hope God blesses you abundantly. All the best and lots of love from your old pal, the Gypsy King.”

That split boxing fans over whether Fury’s sentiments were sincere, with one viewer calling his address “perfect sh*thousery”.

Another suggested that they had “never seen nothing like that between current fighters”.

“Pure class,”  said one compliment for Fury. “Not only a great fighter and champion, but a truly fantastic human being.”

Earlier in the day, Fury’s wife, Paris, shared a photo of the pair together 15 years ago in which the 277lb giant looked almost unrecognisable.

“Young love,” began her caption to a photo of the pair in 2006, showing a 17-year-old Fury with long curly hair.

“We’d first met the year before at a wedding and then again on my 16th birthday.

“Although I couldn’t believe he was only a year older than me – I thought he was about 25 when I first saw him – I liked him from the very beginning. He was so different to other boys.

“I didn’t say yes to dating straight away, though. He asked me out a lot of times before I agreed,

“It was a big deal he would be my first boyfriend. Our first date was to see King Kong at the cinema and later I found out he’d told his parents afterwards that he was going to marry me.

“Our first years dating are some of my very favorite memories with Tyson, going ice skating and having picnics.

“It was really simple but fun and we always used to talk about our future together.

“Looking back at these old photos, I never imagined it like this. From our first kiss through to six kids and more.”