Home / WORLD / Perestroika did not cause USSR’s downfall but ‘a lot of things’ should have been done differently, says ex-Soviet leader Gorbachev

Perestroika did not cause USSR’s downfall but ‘a lot of things’ should have been done differently, says ex-Soviet leader Gorbachev 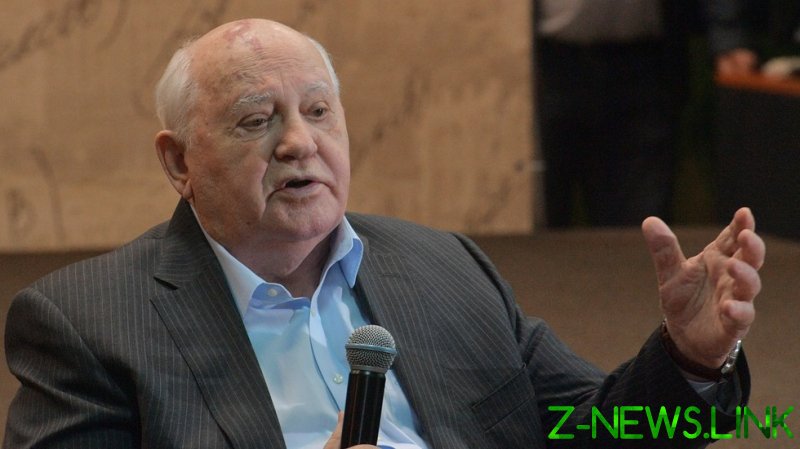 That’s according to former Soviet President Mikhail Gorbachev, who wrote an article for ‘Russia in Global Affairs’ explaining his point of view that perestroika was “historically correct” and necessary for the USSR.

Gorbachev led the Soviet Union from 1985 until its collapse in 1991 and is seen as one of the most important figures of 20th-century history. However, while he enjoys a positive reputation outside of the country, he is viewed differently inside Russia. Many people blame him for the post-Soviet economic crisis that led to a dramatic decline in living standards, as well as a diminution of Moscow’s status on the world stage.

Perestroika, seen by some as a significant contributing factor in the dissolution of the USSR, was an attempt to restructure the economic system and end stagnation. As part of the policy, Gorbachev introduced market-like reforms into the socialist system, which lead to food shortages and political tensions.

However, according to Gorbachev, those who believe perestroika wasn’t necessary have a very short memory.

“They have either forgotten or don’t want to remember what the moral and psychological situation in Soviet society was like by 1985,” he explained. “People were clamoring for change. Everyone – both leaders and ordinary citizens – felt that something was wrong with the country. The country was sinking deeper into stagnation. Economic growth had virtually stopped.”

“Perestroika was aimed at people. Its goal was to liberate a person, to make him the master of his own destiny, of his country,” he said.

However, despite his conviction that the policy was correct, he did note that he would have done “a lot of things differently.”

In Gorbachev’s opinion, the real reason for the fall of the Soviet Union was insubordination within the ranks of the Communist Party.

“Two blows proved fatal for perestroika,” he explained. “The attempted coup d’etat organized by reactionary forces, including those from my entourage, in August 1991, and the December collusion of the leaders of Russia, Ukraine, and Belarus, which ended the centuries-old history of our state.”

In particular, he pointed the finger at Boris Yeltsin, who was the leader of the Russian Soviet Federative Socialist Republic, and who promised that a union of some sort would survive. However, according to the former Soviet leader, the heads of Russia, Ukraine, and Belarus got together and opted to destroy the country.

“Yeltsin did not keep his word,” Gorbachev wrote. “He and his entourage sacrificed the Union to an unstoppable desire to reign in the Kremlin.”